WASHINGTON — As the next round of work returns to the Red Line, the head of Metro’s major track work program says there is much more ahead.

The final surge of Metro’s initial 13-month-long round-the-clock work plan closes the Shady Grove and Rockville stations from Saturday through the end of June 25. 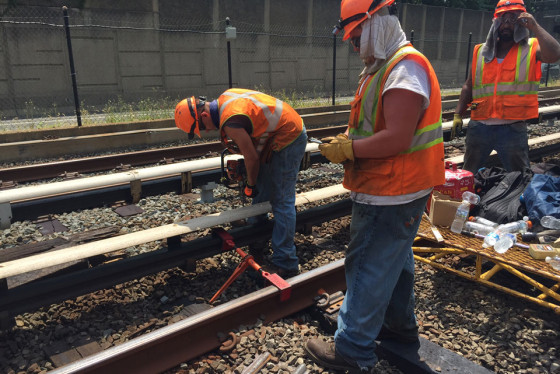 A look at Metro track work behind the scenes

During that work zone, Metro will aim to replace about 3,500 crossties on the outbound track between Twinbrook and Shady Grove, in addition to other repairs, said Laura Mason.

A round-the-clock work zone in the area last August focused only on the inbound track after a July derailment near East Falls Church led Metro to realize more urgent repairs were needed at points where trains cross from one track to another.

Last summer, the work zone had trains single-tracking on weekdays.

“We changed it to a shutdown because we can actually maintain better service this way and we can get the same volume of work done in nine days instead,” Mason said.

What happens on June 26, when Metro leaders say this particular round of track surges is over?

“We all take the day off,” Mason laughed.

But it’s not actually that simple, she explained.

Metro plans at least one work zone on each line each weekend, in addition to scheduled overnight work and continuing current work outside of surge areas that is meant to deal with issues like clogged drains and ongoing tunnel leaks.

“We will keep a lot of the group together,” Mason said.

Much of the work in the surge zones has been done by contractors escorted by Metro employees.

While Metro has already announced three more round-the-clock work zones that will close stations, there is other less-visible work that needs to be done.

“We have a lot of work to do in our yards, and that’s something that’s not talked about often, because it’s not affecting our passengers. But that crew will be working in our yards doing a lot of the similar work replacing rail ties, fixing the third rail and similar work,” Mason said.

Work in rail yards needs to be carefully coordinated in order to avoid disrupting service because railcars are stored and maintained there, and because trains are put together or turned around there.

Metro has had to juggle similar restrictions this spring as various 24/7 work zones cut off the Greenbelt, New Carrollton and now Shady Grove rail yards. 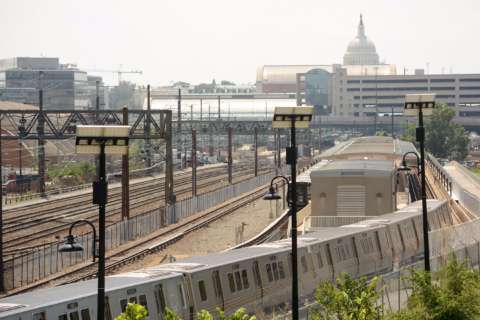