Two years after exploding on launch and a day after being postponed because of a cable problem, the launch of Orbital ATK’s Antares rocket is back on for Monday night.
Listen now to WTOP News WTOP.com | Alexa | Google Home | WTOP App | 103.5 FM

WASHINGTON — Two years after exploding on launch and a day after a follow-up launch was postponed because of a cable problem, the launch of Orbital ATK’s Antares rocket is back on for Monday night.

Wallops is located on Virginia’s Eastern Shore, so CRS-5’s launch and ascent to orbit will be visible to viewers in D.C., Maryland and Virginia as well as along the U.S. East Coast. Using these maps you can find your location and determine the best time to look for segments of the flight.

This is a return to flight for Orbital ATK’s Antares rocket which suffered an explosion during the CRS-3 launch from Wallops to the space station on Oct. 28, 2014.

The rocket exploded just after liftoff and was completely destroyed along with the Cygnus spacecraft carrying supplies and items destined to ISS. There was also damage to the launch facilities which have been repaired.

Orbital ATK and NASA determined that the launch failure was due to an issue with one of the AJ-26 engines’ turbo pump — there are two engines on the craft.

Orbital ATK decided to switch to RD-181 engines for the Antares rocket, which required design and manufacturing changes. The Antares rocket had to undergo certification tests and successfully conducted a static engine firing in May 2016.

Last week the launch window had to be moved to Sunday because of Hurricane Nicole’s proximity to a ground tracking station in Bermuda and then to Monday due to a faulty ground support equipment cable.

NASA TV coverage of the launch starts at 6:45 p.m. http://www.ustream.tv/nasahdtv

For the next few days you can see ISS in our skies. To get the sighting details for your location, go to this NASA website. While there, sign up for “ISS Sighting Alerts” so you will know when ISS is visible.

ISS will be bright in the sky for these passes, and if we are lucky we may even be able to see the Cygnus spacecraft “chasing” the ISS. We won’t know until after launch if that is possible, but check back here for updates.

Follow me at Twitter @skyguyinva and my blog at to keep up with the latest news in astronomy and space exploration. You can email me at skyguyinva@gmail.com. 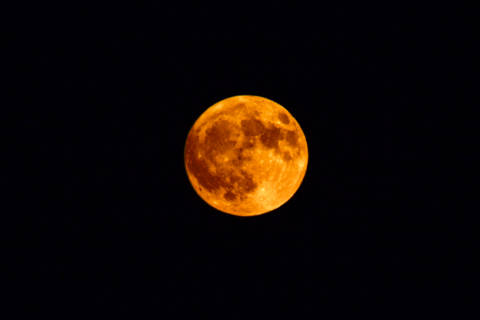