Home » The Space Place » Look up! The April…

Look up! The April sky sights are upon us

When this current batch of wild weather dissipates, we’ll have clear skies and wonderful sights awaiting us.
(1/2) 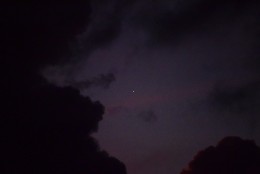 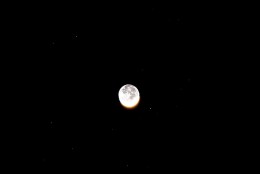 WASHINGTON — When this current batch of wild weather dissipates, we’ll have clear skies and wonderful sights awaiting us.

If it’s clear Friday night, the old crescent moon and the planet Mercury will adorn the western sky when it starts to get dark. You will need a clear view of the western horizon to see them. If you have binoculars, please use them. They will enhance your view.

You’ll be able to see the moon’s dark side, the portion that isn’t illuminated by the sun. We call this “Earthshine”; it’s caused by the reflection of sunlight off our planet’s oceans and clouds, which illuminates the lunar surface. Tonight’s “Earthshine” should be particularly noticeable since the moon was closest to the Earth on Thursday. (It was a “Supermoon,” in fact.)

If you look to the lower right of the moon — about a fist width or so — you’ll see a bright yellowish colored star, which is actually the planet Mercury. Mercury will be visible in the western sky all month, and this will be our best view of the year for the planet closest to the sun.

When it’s dark, you’ll see bright Jupiter in the southeast sky all month. The four main moons of Jupiter can be seen in binoculars and mimics the view Galileo would’ve had in his crude telescope in 1610 when he discovered them. NASA’s Juno spacecraft is closing in on the king of the planets, and is due to arrive July 4, 2016.

If you are up late — around 1:30 a.m. — or an early riser before dawn, Mars and Saturn await your gaze. Mars will be closest to our planet next month. It’s very noticeable now as a reddish-colored star in the southeast sky. Do not confuse Mars with the reddish-colored star Antares that is almost directly below it. Mars will be brighter; the Greek name Antares means “rival of Mars,” and this month, you can see why the star got its name.

Mars has several active and planned missions exploring it from orbit and on the surface. It’s a fascinating world, and in amateur-sized telescopes, actual features can be seen for the next several months.

Saturn is a yellowish-colored star to the lower left of Mars. NASA’s Cassini mission has studied the ringed planet for 11 years and is still going strong.

Mars, Saturn and Antares make a beautiful triangle in the sky this month. If you have a dark sky, you can see the gorgeous Milky Way to their lower left.

The view will be best around 5 a.m. in the south over the next week before the moon starts to light up the sky as it approaches full on April 22. The waning gibbous moon will be in the heart of this celestial triangle on April 25.

In case you were wondering, Venus is too close to the sun now, otherwise we could have seen all five visible planets this month.

Not to be left out of this planetary parade, Earth Day 2016 takes place April 22. The theme: “Trees for Earth.”

As you can see, there’s much to enjoy in the sky this month. I hope you can join me at Shenandoah National Park for one of my lectures and sky viewing sessions. 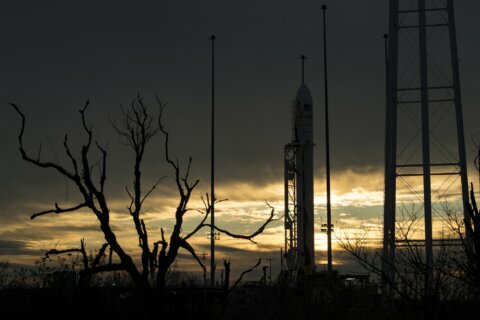 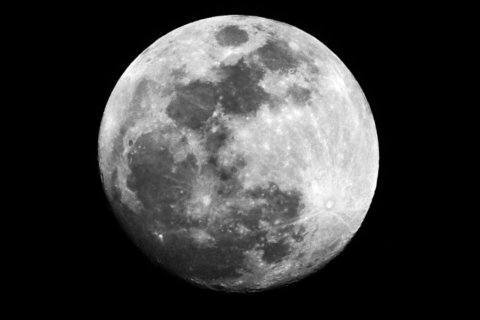