Total recall: Make sure these foods aren’t in your kitchen this Thanksgiving

A number of foods, including poultry, ground beef and even curry powder have been recalled recently due to confirmed or possible contamination. Here's a roundup of the foods health officials are warning consumers about this Thanksgiving.
Listen now to WTOP News WTOP.com | Alexa | Google Home | WTOP App | 103.5 FM
(1/7) 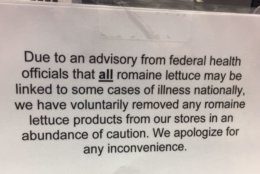 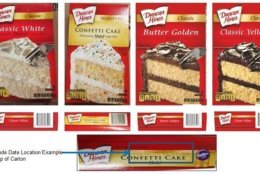 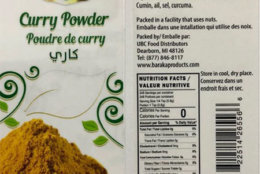 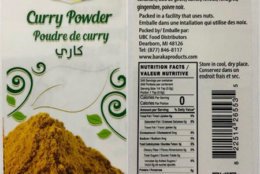 WASHINGTON — Lions, tigers and bears (oh my) is looking like E. coli, salmonella and listeria (oh no) this Thanksgiving.

A number of foods — including poultry, ground beef and even curry powder — have been recalled recently due to confirmed or possible contamination.

Here’s a roundup of the foods health officials are warning consumers about.

Romaine lettuce: Please romaine calm but the Food and Drug Administration is warning Americans not to eat any romaine lettuce due to a new multistate E. coli outbreak that’s impacting those both in the U.S. and Canada.

The nasty bug has sickened 32 people in 11 states and 18 people in the Canadian provinces of Ontario and Quebec.

Infections from E. coli can cause symptoms including severe stomach cramps, diarrhea and vomiting. Most people recover within a week, but some illnesses can last longer and be more severe.

Turkey: Health officials are reminding people to properly handle and cook their Thanksgiving birds amid a widespread salmonella outbreak linked to raw turkey that has resulted in one death and 164 reported illnesses in 35 states.

Hormel has recalled some packages of Jennie-O ground turkey that regulators were able to tie to an illness.

The products being recalled include 1-pound packages of raw, ground Jennie-O turkey and were sold nationwide. The more than 91,000 pounds of turkey had use-by dates of early October and shouldn’t be in stores anymore, but could still be in freezers. Regulators say it should be thrown away.

Salmonella in food is estimated to be responsible for 1 million illnesses a year, with symptoms including vomiting, diarrhea and stomach cramps.

Chicken: A total of 92 people in 29 states have been infected with an outbreak strain of salmonella infantis linked to chicken products, the CDC reported last week. While no deaths have occurred, 21 people have been hospitalized.

The outbreak strain is a type of salmonella commonly found in chickens and swine, and it can cause symptoms of diarrhea, abdominal cramps and fever. Antibiotic resistance testing on bacteria isolated from ill people shows that the outbreak strain is resistant to multiple antibiotics. This means that anyone who develops a serious salmonella infection might be more difficult to treat with standard medicines.

Because salmonella infections can spread from one person to another, the CDC recommends washing hands before and after preparing or eating food, after contact with animals, and after using the restroom or changing diapers. To kill harmful germs, raw chicken should be cooked thoroughly to an internal temperature of 165 degrees Fahrenheit while leftovers should be reheated to the same temperature, according to the CDC.

This brings the total number of people who have fallen ill to 120 in 22 states since August.

While no deaths have been reported, 33 people sickened in this outbreak have been hospitalized, according to the CDC.

Those who are sick began experiencing symptoms between Aug. 5 and Sept. 28.

Symptoms of salmonella usually begin within 12 to 72 hours of consuming contaminated food. Symptoms can include diarrhea, abdominal cramps and fever that last between four and seven days. Most people recover on their own, but those who experience persistent diarrhea may need to be hospitalized.

Ready-to-eat meats and poultry: Bakkavor Foods USA, Inc. is recalling almost 800,000 pounds of ready-to-eat meat and poultry products that contain an onion ingredient which may be contaminated with salmonella and listeria monocytogenes, according to the USDA.

Another of the ready-to-eat meat and poultry items is 10-ounce butcher-paper wrapped packages of Trader Joe’s Carnitas with Salsa Verde.

Listeriosis can cause a variety of symptoms, depending on the person, including fever and diarrhea similar to other foodborne germs.

The voluntary recall was issued by Conagra Brands due to “a positive finding of Salmonella in a retail sample of Duncan Hines Classic White cake mix that may be linked to a Salmonella outbreak that is currently being investigated by CDC (U.S. Centers for Disease Control and Prevention) and FDA,” Conagra said in a statement.

Several of the individuals who are sick told health investigators they consumed cake mix before their symptoms began, according to Conagra.

Cases of these products were shipped to Michigan, Minnesota, Illinois, Indiana, Ohio, Missouri and Colorado between June 15 and July 31.

Sirob Imports, Inc has also recalled 8-ounce and 16-ounce plastic containers of curry powder branded as Corrado, Orlando Imports, Nouri’s Syrian Bakery, Mediterranean Specialty Foods and Butera Fruit Market due to elevated levels of lead, according to the FDA. These products were distributed to Illinois, New Jersey and New York.

Eating these lead-contaminated products may elevate blood lead levels, the FDA explained. A toxic substance, lead is present in our environment in small amounts. In general, the small exposure to lead within the U.S. population does not pose a significant public health concern, according to the FDA.

However, large amounts of ingested lead can cause poisoning with symptoms of abdominal pain, vomiting, lethargy, weakness, behavior or mood changes, delirium, seizures and coma, the government agency noted. Children and infants are especially vulnerable to lead poisoning, which can cause learning disabilities, developmental delays and lower IQ scores.

No safe level of lead ingestion has been identified for children, according to the U.S. Centers for Disease Control and Prevention, which lists 5 micrograms of lead per deciliter of blood as the danger point for a child.

The Associated Press and CNN Wire contributed to this story.

How Salmonella and E. coli differ 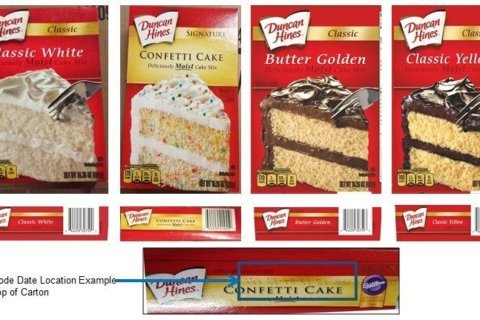