Is Tuesday the new Wednesday? Study of traffic trends could help Thanksgiving travelers

WASHINGTON — Growing evidence suggests that the ever-feared Wednesday before Thanksgiving is not the region’s worst day of getaway traffic.

According to an assessment of traffic flow data over the last several years, drivers on the Tuesday before Thanksgiving incurred longer delays at most times of the day than drivers on Wednesday, the eve of the long holiday weekend.

On some routes, travel times on the Tuesday before Thanksgiving were nearly double those experienced on the same route the following day.

This year, the getaway traffic has already begun and is piling up on traffic delays and incidents from the Tuesday morning commute, says WTOP Director of Traffic and Weather Jim Battagliese.

“It has been a crazy midday so far,” Battagliese says of roads around the region.

“If people can waiting until 8 p.m. to leave, that would be great — barring any traffic incidents,” he says.

The statistics — gathered by INRIX, a company that specializes in traffic intelligence — were provided to WTOP courtesy of the Metropolitan Area Transportation Operations Coordination Program and researchers at the Center for Advanced Transportation Technology Laboratory at the University of Maryland.

Travel times for drivers on the Monday, Tuesday and Wednesday before Thanksgiving in 2012, 2013 and 2014 were assessed.

Interstate 95 from Springfield to Richmond in Virginia

On one of the most in-demand interstates during the holiday getaway, drivers on I-95 experienced marked increases in travel times in the days before Thanksgiving, the data show. The height of the getaway occurred around 5 p.m. on Tuesday in all three years.

On Mondays, the maximum drive times between Springfield and Richmond peaked between 120 and 145 minutes (2 and 2.5 hours), but on Tuesdays those times surged to well above 200 minutes (more than 3.5 hours). On Wednesdays, an early peak to the rush hour occurred around 3 p.m., when the worst drive times ranged from 160 to 190 minutes (2.5 to 3 hours), slightly longer than the Monday delays but significantly shorter than the delays observed on Tuesdays.

The longest Tuesday slog in the series was in 2013 when INRIX calculated a 230 minute crawl to Richmond. Without heavy traffic, the drive normally takes about 90 minutes.

The time series also shows that the Tuesday volume delays on I-95 can be prolonged and last deep into the evening. In 2013, delays persisted well past midnight between Dale City and Fredericksburg. Delays on the Wednesday before Thanksgiving relaxed earlier than they would during a typical rush hour.

Interstate 270 from the Beltway to Frederick, Maryland

Of the three days before Thanksgiving, the shortest northbound delays on I-270 were recorded on Wednesdays. The most pronounced delays were observed on Tuesdays, when travel times were double the typical Tuesday drive from the Beltway to I-70.

On the Wednesday before each Thanksgiving, delays were relatively brief and peaked early in the afternoon in all three years. The Wednesday getaway last year, despite rain and snow, saw the lowest drive times and shortest period of congestion of the three years studied.

The worst delays on I-270 occurred on Tuesday last year, when the calculations show it took late afternoon drivers a staggering 110 minutes (nearly 2 hours) to drive the length of the 34-mile-long interstate, nearly four times as long as it would take without congestion.

Interstate 66, from the Beltway to Front Royal in Virginia

On I-66, drive times were somewhat longer than usual in the days before Thanksgiving, but not by the margins experienced on other routes like I-95. Between the Beltway and Interstate 81, the data reveal two peaks in congestion: one during the early afternoon and another during the late afternoon. The opening of the right shoulder lane briefly improved traffic flow around 2 p.m. on all three days.

Earlier this year, the Virginia Department of Transportation parted ways with the rigid schedule for the opening of the shoulder lane, a move that will likely prove beneficial to traffic flow this week and during future getaways.

U.S. Route 50 in Maryland, from the Beltway to the Bay Bridge

On Route 50, drivers heading to the Eastern Shore from the Beltway incurred the worst delays on Wednesday, not Tuesday, in 2013 and 2014. The anomaly on those dates is attributed to weather-related traffic control at the Bay Bridge. The closure of the reversible lane on the west span caused significant congestion in Anne Arundel County. Eastbound traffic experienced virtually no delay on the Mondays before the holiday weekend.

Some of the numbers were effected by inclement weather. There was widespread rain on Tuesday and Wednesday in 2013, and a coastal storm produced rain and some wet snow on Wednesday in 2014.

All of the data support the notion that the Wednesday getaway peaks early. In general, delays on all routes formed by late morning but began easing by 6 p.m. On Wednesday morning, southbound travelers on I-95 in Virginia experienced an early onset of delays at around 10 a.m. but afternoon drivers saw a significant reduction in delays through the 6 o’clock hour. Drivers on I-66 on the Wednesday before Thanksgiving experienced no delay after 6 p.m.

Check out the data: Interactive maps

MATOC and the CATT Lab at the University of Maryland put together detailed maps showing the region’s traffic flow for the past three years on the Monday, Tuesday and Wednesday before each Thanksgiving. You can check out the interactive maps for yourself by clicking the links above.

Additionally, drivers should know a couple of different routes to get to the destination and be creative.

If you’re stuck on I-95, a bad alternative is taking Route 1 because “it’s the one everyone uses,” Battagliese says.

Learn about potential traffic headaches before you get to them by tuning into WTOP on the 8s or listening online.

Also, Battagliese recommends you pack your patience when you hit the road.

“Be patient, be nice and you’ll get there eventually,” he says. 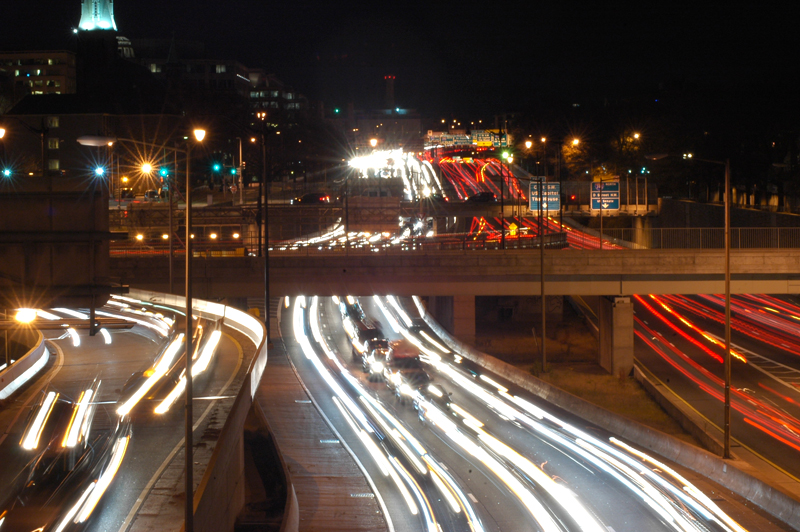 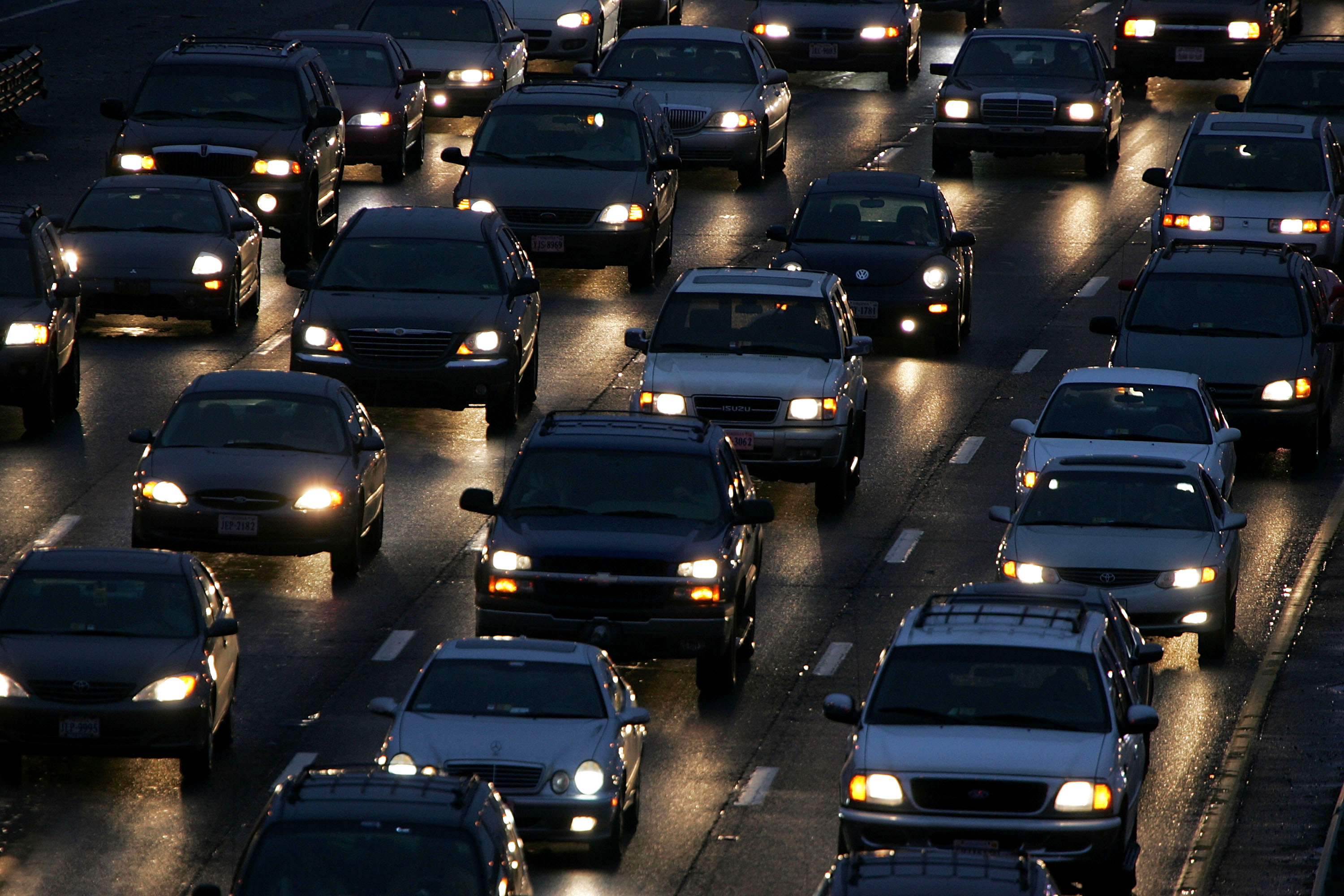