Data Doctors' Ken Colburn answers the burning question: 'What will happen to my teenager's TikTok when the app is banned in the U.S. on Sunday?'
Listen now to WTOP News WTOP.com | Alexa | Google Home | WTOP App | 103.5 FM

If your teenager uses the popular TikTok app, they’ve heard it may be banned because of security concerns about the Chinese-based app — they may not have heard the Trump administration Friday said it’s barring it from the U.S. as of Sunday.

Anticipating the angst of young video-makers and watchers, who spend hours creating and viewing short, shareable often-music-based videos, we asked Data Doctors’ Ken Colburn what this will mean for TikTok aficionados.

“For the most part nothing is really going to change for TikTok users in the near term,” Colburn said.

(That sound you hear is the collective sigh of relief from users, and their parents who were dreading a weekend of youthful consternation.)

“The ban basically is going to start with the removal of the app from Apple’s App Store and Google Play,” said Colburn. “So, if you planned on downloading the app, you’ll need to do so before Sunday.”

“As of this moment, the functionality of the app won’t change immediately. The government’s giving TikTok until Nov. 12 to try to consummate a deal that’s in the works,” Colburn said.

The security concerns motivating a deal revolve around how much private data the app collects from users. Since the app’s parent company, ByteDance, is based in China, its government could order the company to hand over the data so it could gather intelligence on U.S. citizens.

The U.S. is currently reviewing a deal between U.S.-based Oracle and ByteDance, that would allow the company to provide the app’s technology in the U.S.

Colburn said if the deal isn’t completed by Nov. 12, “we may start to see some functionality changes to TikTok.”

“The U.S. government’s goal here is to eliminate the possibility for TikTok to continue to update the app, and hoping that will diminish the usability of the app,” as well as WeChat, which is also owned by ByteDance, “or that a competitor will come in that is not Chinese-based to take over the popularity of TikTok.” 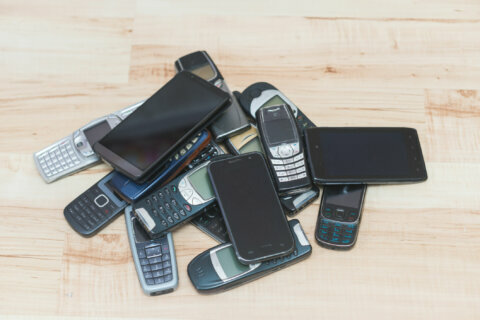