Q: Is it safe to use Zoom for my videoconferences or should I consider something else?

A: With most of the country under a “stay at home” order, the use of video conferencing has skyrocketed.

Zoom’s user numbers reportedly went from around 10 million daily users in December to more than 200 million in March.

Whenever anything on the Internet gets this popular, it attracts both security researchers and those with malicious intent.

Zoom has been dealing with a number of privacy and security problems that has led to the banning of the service by SpaceX and NASA for their employees.

To their credit, Zoom has updated its software to block the various exploits discovered by researchers and is focusing on improving security and privacy for all users.

One of the most common problems with the Zoom platform is from uninvited attendees that disrupt the video chat with a variety of antics – a.k.a. Zoom-bombing.

It’s a form of photobombing, as trolls post vulgar comments, pornographic images, and racist epithets to unsuspecting users, usually in a large gathering.

Zoom-bombing has caused many online gatherings to shut down, as new users don’t understand how to securely host a meeting. The very thing that’s made Zoom so popular – its ease of use – is also what made it very easy for those with little experience to be exploited.

Many hosts made the mistake of publishing their meeting link on social media or other public methods that made it easy for pranksters to crash the party.

If you’re going to host a Zoom meeting, it’s critical that you get up to speed on the settings that will reduce the chances of outside disruption.

Two basic steps you should start with are to use an Instant or Scheduled Meeting ID – instead of your Personal Meeting ID – and turning on the ‘Waiting Room’ option.

Your Personal Meeting ID is like a permanent reserved room for you, so if someone outside of your group acquires it, they can wreak havoc on any meeting you hold using it.

The “Waiting Room” gives you control over when and if a participant joins a meeting. Everyone that is attempting to join is kept there until you admit them, one at a time or all at once.

Cornell University has published an excellent checklist to securing Zoom.

If you don’t need a platform where everyone can be seen or don’t need to host a large number of people, there are lots of options that may be more suitable.

Apple expanded FaceTime from 2 to 32 users some years ago, but this means that all attendees must have an Apple device to join.

If your group has users with a variety of devices and operating systems, you can use Google Hangouts on any device as long as they each have a Google account.

If you don’t really need video on the call, you can use tools like Uber Conference to hold meetings that use avatars that move so you’ll know who’s speaking at any given time.

If you want a more controlled broadcasting tool for connecting with a large group, check out the offerings from StreamYard, which can also simulcast to YouTube, Facebook, LinkedIn, and Twitch. 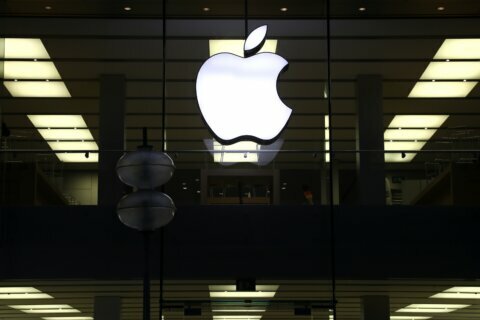