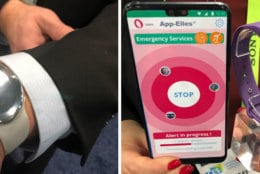 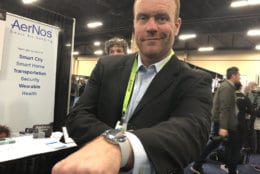 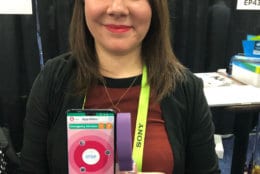 For people with diabetes who must carefully monitor their blood sugar levels, they may endure frequent finger sticks or live with an installed device that invades the body. A device called Aerbetic hopes to change that.

“Our devices use exhaled breath,” said Eric Housh, of the Birmingham, Alabama-based company. It’s partnered with a firm that already makes very sensitive air sensors. Then it was just a matter of training the machine.

“We’ve targeted it on those gasses indicative of high and low blood sugar events,” Housh said. “We’re able to pair that with a companion app. The app can alert not only the patient … but can also alert a network of caregivers.”

That’s a big relief to not only those who have diabetes but also their loved ones.

“If your kid’s diabetic and you send him off to school, you can get a little alert on your phone if it picks up a gas fluctuation that may be indicative that the kid needs to be checked on,” Housh said.

The Aerbetic straps onto your wrist and appears to be a large silver watch without a face. It will sell for around $500 once it goes on sale in late 2019.

Another wearable device aims to help the lives of those targeted by violence, particularly women.

“What (a) victim needs is something discreet. You need to contact people in a discreet way,” said Insaff El Hassini, head of partnership at App-Elles, quoting one of the firm’s founders who worked helping women escape domestic violence.

El Hassini then showed off App-Elles’ bracelet that looks much like a Fitbit.

“If you are in a crisis situation … you trigger the application by touching your bracelet,” she said. “And the bracelet (via a smartphone app) will send … a text message to three of your contacts that you have preselected.”

Not only will those contacts get an alert, they’ll be able to help, thanks to a livestream, El Hassini said, adding, “They will hear what is happening, and they will see where you are with a GPS localization.”

App-Elles’ app also offers a database of guidance, training and support resources for anyone affected by violence. The app is free, and the bracelets cost about $30. But, for now, the system only works on Android phones. Home items are getting smarter and creepier, like it or not 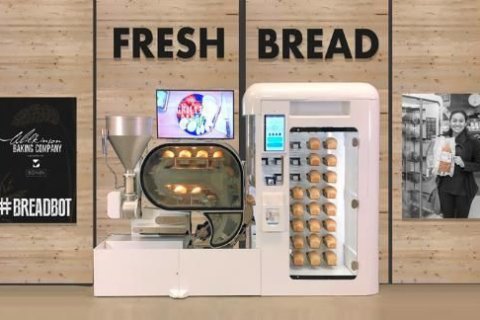