Holidays: 'Enchant' shines with millions of lights in Nats Park | Where to see holiday lights | Send in photos of decorations | How to give greener this season
Home » Tech News » What to expect at…

What to expect at this year’s CES

The 2018 CES show is set to kick off Jan. 9. It is still one of the more anticipated events of the year; here's what you can expect in automotive tech, smart home technology and more.
Listen now to WTOP News WTOP.com | Alexa | Google Home | WTOP App | 103.5 FM

Q: What’s to be expected at this year’s CES?

A: CES — the show formerly known as the Consumer Electronics Show — is set to kickoff on Jan. 9 with various sneak peek events in the days before.

The days of the significant “revolutionary” product launches are long gone as many of the large tech firms like Apple, Samsung, Microsoft and Google have their own launch events separate from CES.

As has been the case for many years, we can expect a lot of “evolution” in familiar product categories along with lots of quirky products that seem to be “solutions searching for a problem.”

The race for the truly autonomous car has been heating up and we can expect to see just about every major car manufacturer showing off where they are in their development.

Driver assist technology that automatically parks, brakes and warns you when you’re drifting as well as accident avoidance tech is already commonplace in many new cars and is the gateway to the fully autonomous car. So, we’ll see how close the line has become.

One interesting new twist will come from the partnership of Aptiv and Lyft, which will provide a self-driving taxi service to 20 preprogrammed locations around Las Vegas.

The city of Las Vegas is also scheduled to have a fleet of self-driving shuttles taking to the streets, so many of us will get our first real taste of the driverless experience in the real world.

A large section of one of the buildings is devoted to health-related technology that should take general tracking from devices like the Fitbit to wearables that address specific health issues coming in the form of clothing, jewelry and other commonly worn items.

As most consumers have yet to catch up to TV technology introduced years ago, we can expect incremental improvements in resolution on thinner displays that do more than just display video.

With the increase in switching from traditional cable/satellite to streaming services for watching content, expect more companies to include streaming capabilities in the TV along with more affordable 8K and HDR using both OLED and QLED displays.

Amazon’s Alexa dominated the show last year, despite not being an exhibitor because of their integration deals with everything from car manufacturers to home security and smart home devices from a wide variety of companies.

Expect to see the Google Assistant make a push to narrow the gap, which means you’ll see lots of devices that you can control with your voice, whether it makes sense or not.

Artificial Intelligence (AI) and machine learning will make an appearance in various smart home platforms so cameras can distinguish between your family and a stranger and various devices can interact with each other to make better decisions about how and when they should turn on or off.

We should see a little more clarity on what 5G cellular service might look like in 2019 and I’m expecting to see improvements on wireless charging, quirky robots, new ways to use Virtual and Augmented Reality, electric cars, personal care gadgets like smart mirrors and small powerful computers with unique form factors. After Apple admits to slowing older iPhones, here’s what users can do 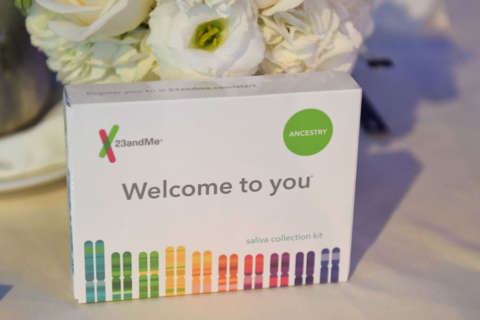 Interested in those DNA testing kits? Here’s what to know With end of ‘net neutrality’ rules, what should we expect?