The Supreme Court is allowing New York to continue to enforce a sweeping new gun law banning guns from “sensitive places” such as schools and playgrounds for now while a court challenge plays out.
Listen now to WTOP News WTOP.com | Alexa | Google Home | WTOP App | 103.5 FM

WASHINGTON (AP) — New York can for now continue to enforce a sweeping new law that bans guns from “sensitive places” including schools, playgrounds and Times Square, the Supreme Court said Wednesday, allowing the law to be in force while a lawsuit over it plays out.

The justices turned away an emergency request by New York gun owners challenging the law. The gun owners wanted the high court to lift a federal appeals court order that had permitted the law to be in effect.

The appeals court hasn’t finished its review of the case, and justices are often reluctant to weigh in under those circumstances. The justices could still consider the case and the law more generally in the future.

In a two-paragraph statement that accompanied the court’s order, Justice Samuel Alito wrote that the New York law at issue in the case “presents novel and serious questions.” But Alito, writing for himself and fellow conservative Justice Clarence Thomas, said they understood the court’s decision not to intervene now “to reflect respect” for the appeals court’s “procedures in managing its own docket, rather than expressing any view on the merits of the case.”

“I’m pleased that this Supreme Court order will allow us to continue enforcing the gun laws we put in place to do just that. We believe that these thoughtful, sensible regulations will help to prevent gun violence,” she said.

The law’s challengers, meanwhile, underscored that their efforts would continue. In a statement, Gun Owners of America Senior Vice President Erich Pratt said that while his group had “hoped for immediate relief” they found Alito’s statement “incredibly reassuring” and “look forward to continuing the fight against New York’s draconian law.”

New York lawmakers rewrote the state’s handgun laws over the summer after a June Supreme Court ruling invalidated New York’s old system for granting permits to carry handguns outside the home. The ruling said that Americans have a right to carry firearms in public for self-defense, invalidating the New York law, which required people to show a specific need to get a license to carry a gun outside the home. The ruling was a major expansion of gun rights nationwide and resulted in challenges to other, similar state laws.

The new law New York passed in the wake of the ruling broadly expanded who can get a license to carry a handgun, but it increased training requirements for applicants and required people seeking a license to provide more information including a list of their social media accounts. Applicants for a license must also demonstrate “good moral character.” Beyond that, the law included a long list of “sensitive places” where firearms are banned, among them: schools, playgrounds, places of worship, entertainment venues, places that serve alcohol and Times Square.

U.S. District Judge Glenn Suddaby, however, declared multiple portions of the law unconstitutional and issued a preliminary injunction barring certain provisions’ enforcement. For example, Suddaby blocked portions of the law requiring applicants for a concealed carry license to show “good moral character” and to hand over information about their social media accounts. He also blocked parts of the law barring guns from theaters, parks, zoos and places where alcohol is served.

His decision kept in place, however, provisions barring guns at schools and playgrounds, among other things, because of historical support for those restrictions. He also kept in place the ban on guns in Times Square.

But the U.S. Court of Appeals for the 2nd Circuit had put Suddaby’s ruling on hold while it considers the case. Challengers to the law had asked the high court to step in and allow Suddaby’s ruling to go into effect while the case continues. It was that request the justices declined. 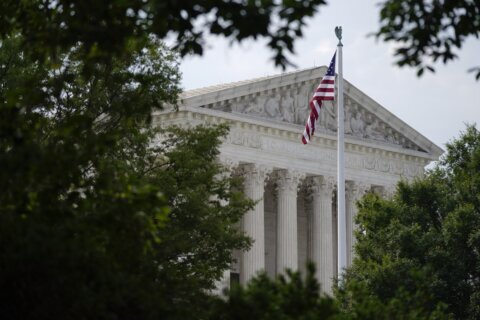 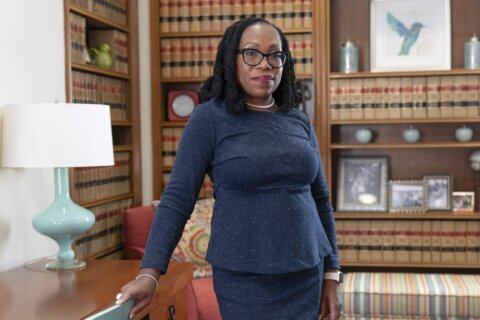