Holy Cross took the lead with 7:53 to go in the first half and did not give it up. The score was 38-32 at halftime, with Gates racking up 10 points. Holy Cross outscored Bucknell by one point in the final half, while Montgomery led the way with a team-high 13 second-half points. 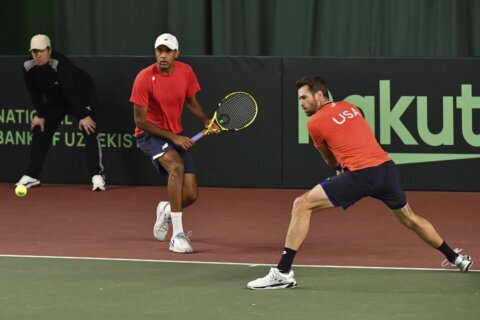 US sweeps Uzbekistan, advances to group stage in Davis Cup