The little Portugal winger scuffed his finish in first-half stoppage time but it was enough to lift Bruno Lage’s side out of the bottom three in the standings.

Southampton had a second-half effort by Che Adams ruled out for handball and the striker hit the crossbar with another header. Ralph Hasenhuttl’s side was unable to follow up their midweek home win against Chelsea and slipped to a third league defeat.

Wolves were in need of inspiration as an unremarkable first half was drawing to a close and club record signing Nunes provided it.

The winger’s raking right-wing cross picked out Podence and his mis-hit low finish bobbled over the goal-line to give Wolves fans something to cheer.

Wolves’ latest signing, Sasa Kalajdzic, was replaced at halftime by Goncalo Guedes after making a quiet league debut before Wolves were forced to dig in to protect their narrow lead.

Saints thought they equalized through Adams’ header but his effort was ruled out by referee John Brooks as the ball appeared to have come off the striker’s arm. 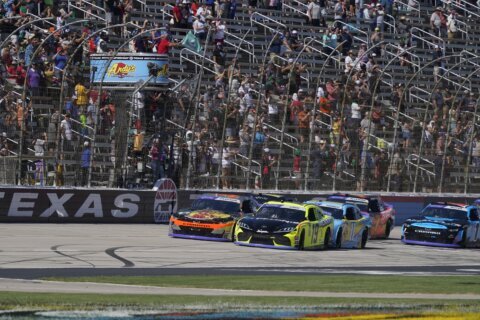