LONDON (AP) — Another milestone goal from Harry Kane helped Tottenham earn a 2-1 win over Fulham to extend its unbeaten start to the English Premier League on Saturday.

Kane struck in the 75th minute from close range to move beyond Andy Cole into third on the list of all-time top scorers in the competition’s history with 188. It was also his 43rd effort in a Premier League London derby, which put him level with previous outright record-holder Thierry Henry.

While Aleksandar Mitrovic scored late for Fulham to set up a nervy finale, Spurs held on to make it four wins and two draws from their opening six matches.

Fulham was forced into an early change when American left back Antonee Robinson limped off with an injury in the 29th minute after getting his foot caught in the turf while trying to deliver a cross, which seemed to unsettle the visitors’ defense.

Tottenham had already created chances by the time Hojbjerg rifled into the bottom corner in the 40th minute following a neat one-two with Richarlison, who was given his first start by Conte.

Fulham goalkeeper Bernd Leno kept his team in the game with several good saves but the second goal arrived in the 75th.

Ryan Sessegnon burst into the area and saw his shot blocked before crossing the loose ball in for Kane to tap home.

Mitrovic gave Fulham a lifeline with an excellent curled effort seven minutes from time and almost forced an equalizer not long after when a deflected strike was superbly tipped over by Hugo Lloris.

It proved a vital save as Richarlison was denied a goal in stoppage time, after the excellent Sessegnon was adjudged to be offside in the buildup. 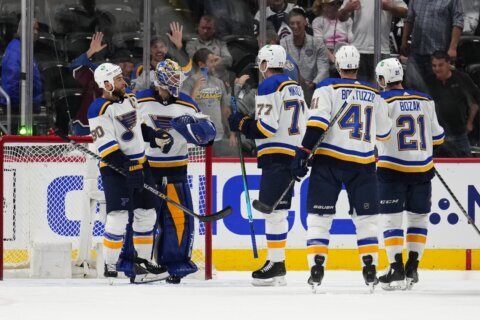 Evolving Blues still a threat to champion Avalanche in West 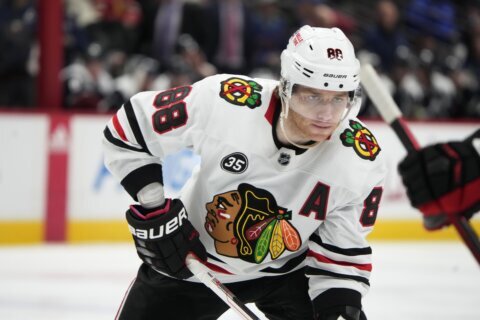 Racist abuse of Richarlison shows FIFA still has work to do