SOUTH WILLIAMSPORT, Pa. (AP) — Taiwan will play Curacao on Saturday in a semifinal at the Little League World Series to determine which team will represent the international bracket in the championship against a U.S. team.

Here’s a look at the matchup.

HOW THEY GOT HERE:

Taiwan has yet to lose a game so far in the tournament and is outscoring opponents 14-1. It opened with a 2-0 win over Italy and followed that with a 7-0 defeat of Panama.

In its third game, Taiwan topped Mexico 5-1 to advance.

Curacao had a much longer road to the international showdown. After beating Nicaragua 2-0 to open the tournament, Curacao fell 9-3 to Panama to drop out of the winner’s bracket.

Since then, Curacao had to win four straight to make its way to the semifinal. It beat Italy 1-0, then topped Canada 4-2 and triumphed 7-2 over Nicaragua. On Thursday, Curacao advanced after defeating Mexico 2-1, thanks to a late rally.

Curacao’s Davey-Jay Rijke has dominated both on the mound and in the field. Rijke struck out 15 batters in Curacao’s 7-2 win over Nicaragua. He’s ineligible to pitch this weekend due to pitch count rules. But he’s been handy in the field at shortstop and scored six runs.

In that game, Deshawn Bonafasia picked up a big pinch-hit, two-run single. Bonafasia is one of the tallest players on the Curacao squad, standing at 6-foot-1.

On the Taiwan side, Tseng Yi-Che leads the way. He had two hits in the last game, a win over Mexico. Liao Yuan-Shu picked up two RBIs. He is another stalwart to look for in Saturday’s game.

While Taiwan has managed to outscore opponents by 13 runs throughout three games in the LLWS, Curacao has a positive run differential of just five over six games. Curacao also has two one-run victories and two two-run wins. If Saturday’s game is tight, Curacao has more experience winning close ones. Curacao was the international champ in 2019 but lost in the tournament final. That season was the last time international teams played in the LLWS.

Jake Starr is a journalism student at Penn State. 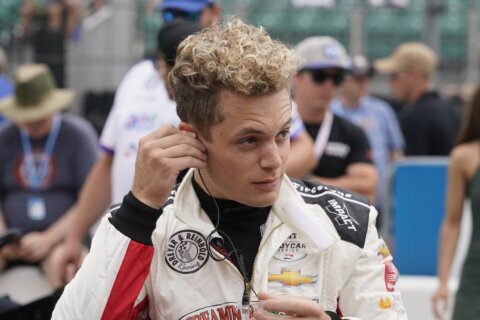