FRANKFURT, Germany (AP) — Eintracht Frankfurt goalkeeper Kevin Trapp says he has turned down an offer from Manchester United to stay with the German club.

United had reportedly offered a four-year deal to the 32-year-old Trapp, a Germany international who previously played for Paris Saint-Germain and Kaiserslautern.

“It’s true that there’s a written offer,” Trapp wrote Thursday on Instagram. “Manchester United is a global club and I hope everyone can understand that I consider such an offer and think about it.”

Trapp said he decided to stay in Frankfurt, where he won the Europa League last season and has a contract till 2024.

“Yesterday I told the representatives of both clubs that I decided for Eintracht. I’ve experienced the unforgettable here in Frankfurt and we wrote history together,” Trapp said. “The start of the season has been bumpy but I’ve absolute confidence in us.”

Frankfurt started the Bundesliga with a 6-1 loss at home to Bayern Munich. It drew its next two games against Hertha Berlin and Cologne and next faces promoted Werder Bremen on Sunday. 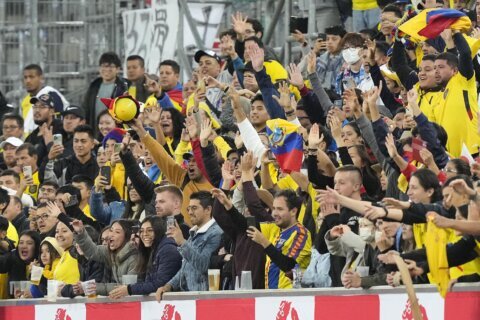