LAS VEGAS (AP) — After making the postseason in each of their first four years in existence, including a trip…
Listen now to WTOP News WTOP.com | Alexa | Google Home | WTOP App | 103.5 FM

LAS VEGAS (AP) — After making the postseason in each of their first four years in existence, including a trip to the Stanley Cup Final to cap a remarkable inaugural season, the Vegas Golden Knights are watching the playoffs this year.

Even days after their final game of the 2022 season, players were still feeling the sting of missing the postseason for the first time and heading into an offseason loaded with questions.

After making the conference final under coach Peter DeBoer in his first two years with the club, there were high expectations for what was supposed to be the team’s most talented roster yet. Instead, a franchise-high 39 players appeared in at least one game for the most banged-up roster in franchise history.

According to NHLInjuryViz.com, the Golden Knights finished with the second-highest man-games lost with 505.

Vegas controlled its destiny down the stretch. After beating Washington in overtime with five games left, the Knights lost three straight shootouts to fall out of contention. They lost five of their last seven and went 0-2-3 against the last five nonplayoff teams they faced.

“I’m very disappointed we did not make the playoffs,” McCrimmon said during his season-ending news conference. “I believe strongly that we could have and should have. As much as I’m being realistic about the impact injuries had on our season, I do think we had in our control to become a playoff team. We lost some games to teams that we shouldn’t lose to.”

Vegas’ top brass has work to do during the offseason to get under the salary cap.

According to CapFriendly.com, the Golden Knights have more than $83 million in salary cap commitments next year, with 18 contracts on the books. The league salary cap will be $82.5 million.

McCrimmon will have to do some careful maneuvering to keep much of the team intact.

Vegas won the Jennings Trophy last season with Robin Lehner and Marc-Andre Fleury combining to allow the fewest goals, but the goaltending wasn’t as strong this season.

Lehner (23-17-2), who endured injuries throughout the campaign, made 44 starts and finished with the third-lowest save percentage (.908) and sixth-highest goals-against average (2.83) of his career.

American League regular Logan Thompson (10-5-3) finished the season as the most consistent netminder with a .914 save percentage and 2.68 GAA.

McCrimmon said Lehner is undergoing shoulder surgery and Brossoit is expected to have a surgical procedure.

“We’ll know more once the surgeries are done,” McCrimmon said. “That’ll help us in terms of what our next steps are.”

DeBoer, who has one year left on his contract, is set to meet with management this week to discuss the season and his future with the club.

Several of the players voiced their support for DeBoer and his ability to manage a bevy of lineups night after night and still have his team in the playoff hunt with two games left in the season.

“I thought he did a great job early in the year to keep us relevant,” McCrimmon said. “I think Pete is an intelligent coach, I think he does a real good job, I think there’s things after any year that you want to talk about. And we will.”

The Knights finished the season with five regulars on long-term injured reserve, and nagging injuries littered across the rest of the roster.

Captain Mark Stone, who missed 45 games, was out for a majority of them with a back injury. Stone, who will turn 30 on May 13, said he will seek several opinions and doesn’t “want to make a rash decision” before deciding on a procedure.

Smith is close to being fully recovered from an undisclosed injury. McCrimmon also said Brett Howden’s recovery from a scary injury should be manageable. Howden was removed from the ice on a stretcher on March 24 after slamming head-first into the boards,

Hague (lower body) should be ready by the start of training camp, while forward Nolan Patrick (undisclosed) is out indefinitely. 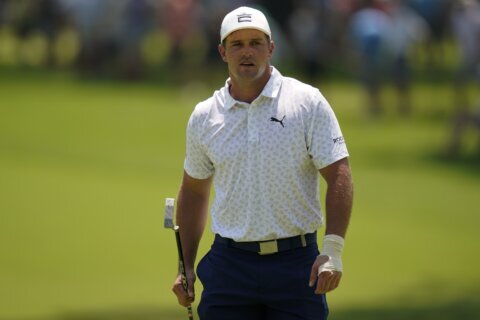 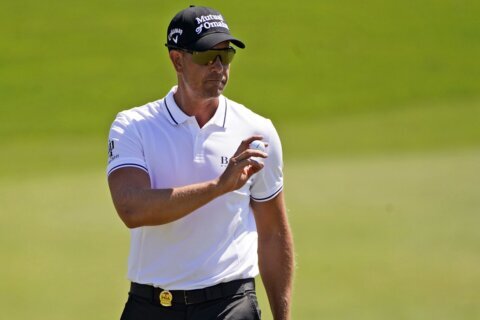