PARIS (AP) — The French league has written to Spanish competition president Javier Tebas complaining about his attacks on Paris Saint-Germain’s finances after Kylian Mbappé chose to stay with the team rather than join Real Madrid.

After Mbappé signed a new three-year contract at Qatari-owned PSG, Tebas said the Spanish league would file complaints to UEFA, the European Union and French administrative and fiscal authorities because it believes the “scandalous” agreement attacks the economic stability of the sport.

“We want to express in the strongest possible terms our disapproval, and also our incomprehension, of your latest attacks against Ligue 1 and one of our clubs,” French league chairman Vincent Labrune said in a letter to Tebas on Wednesday that was obtained by The Associated Press.

“The fact that you publicly and repeatedly take this position against Ligue 1 on this topic and denigrate our league and our clubs is both unacceptable and manifestly false.”

Tebas has long questioned the reliance of PSG on Qatari sponsorships, which he said are of “doubtful valuation,” and doubted how the club could comply with rules given heavy losses.

Labrune pointed out that the European Court of Justice ruled Real Madrid and Barcelona benefitted from illegal state aid and how Spanish top division clubs have spent almost a third more on players than the French league in the last 10 years.

Labrune highlighted how Tebas in his role as a UEFA executive committee member helped to create new European financial sustainability rules. The replacement for Financial Fair Play has no rules blocking funding of clubs from sovereign wealth funds like Qatar. 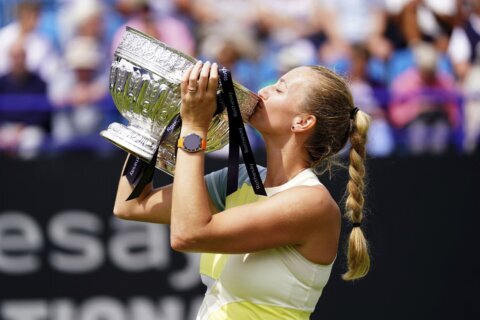