REGGIO EMILIA, Italy (AP) — Moise Kean’s 89th-minute winner earned Juventus a 2-1 comeback win in a tricky visit to a talented Sassuolo side on Monday — marking a major step in Serie A for the Bianconeri toward securing a Champions League spot.

Kean, a substitute, controlled a pass with his back to the goal then turned his defender before shooting in through the goalkeeper’s legs.

With four matches remaining, fourth-placed Juventus moved within one point of third-placed Napoli and eight points ahead of fifth-placed Roma — with the top four qualifying for the Champions League.

Sassuolo, which features Italy forwards Domenico Berardi, Giacomo Raspadori and Gianluca Scamacca, had its range on full display when it took the lead in the 39th.

Berardi used his heel to flick on a through ball from Georgios Kyriakopoulos and Raspadori pounded it in from a sharp angle.

Raspadori became the first Italian player born since 2000 to score 10 goals in a single Serie A.

Juventus equalized six minutes later with a solo display of talent from Paulo Dybala, who unleashed a quickfire strike that was clocked at 110 kph (68 mph), which Sassuolo’s defense appeared unprepared for.

It was Dybala’s 81st goal in Serie A with Juventus, matching Cristiano Ronaldo for 10th place on the club scoring list. 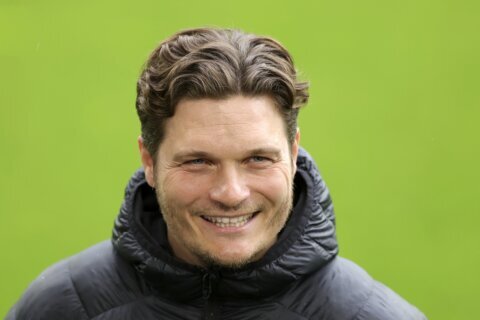