A brief look at the final round of the Masters

AUGUSTA, Ga. (AP) — A brief look at the final round of the Masters:

THE VICTOR: Scottie Scheffler closed with a 1-under 71 for a three-shot victory over Rory McIlroy to win his first major.

THE SPOILS: Scheffler earned $2.7 million for his fourth victory in the last two months. He is the only one who can take his green jacket home until next year, and he has a lifetime exemption to play the Masters.

SILVER MEDAL: Rory McIlroy tied the final-round record with a 64 and was runner-up, his best finish in 14 appearances.

TIGER TALES: Tiger Woods had a 78 and finished 23 shots behind, the most he ever trailed the Masters champion. It was his first time playing since his car crash nearly 14 month ago.

ALL WET: Cameron Smith was three shots behind when he put his 9-iron into Rae’s Creek on the par-3 12th and made triple bogey to end his chances.

SHOT OF THE DAY: His lead down to one, Scheffler chipped in for birdie from 90 feet on the third hole for a two-shot swing. No one got closer than three shots the rest of the way.

NOTEWORTHY: Scheffler joined Ian Woosnam in 1991 as the only players to win a major in their debut at No. 1 in the world. Both won the Masters.

QUOTEWORTHY: “I can’t believe that I can come back for a lifetime and get to enjoy this golf course.” — Scheffler. 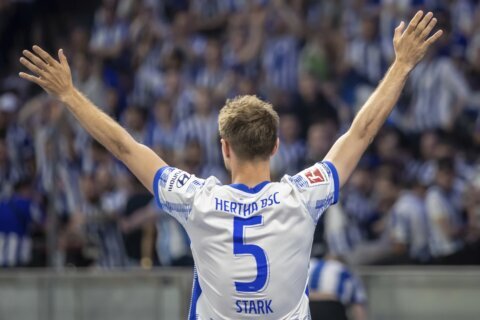 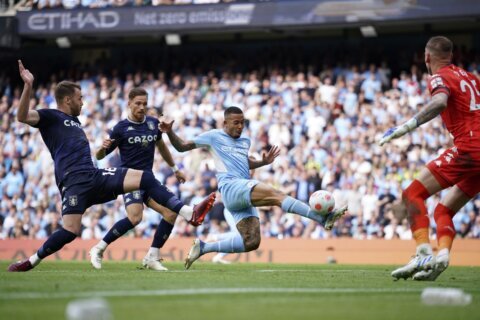