Pumas go to Champions League semis on shootout with Revs

The match went to penalties after Pumas went up 3-0 in regulation, pulling even on aggregate with New England, which won the first leg 3-0 at home last week.

Juan Ignacio Dinenno buried the winning penalty for Pumas, who will face Liga MX’s Cruz Azul in the semifinals next month. Cruz Azul defeated Montreal 2-1 on aggregate in their quarterfinal.

Dinenno scored for Pumas in the 33rd minute, then added a second in the 49th as the Liga MX side cut into New England’s advantage. Dinenno is the top scorer in Champions League play with five goals.

Pumas pulled even on aggregate with American Sebastian Saucedo’s goal in the 59th.

New England advanced to the quarterfinals when its Round of 16 opponent, Haiti’s Cavaly AS, was forced to withdraw because of visa issues. 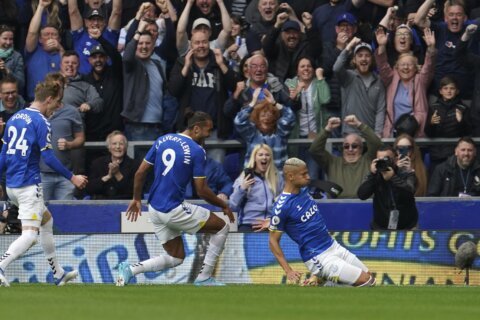 MATCHDAY: Everton can secure EPL survival before final round