PITTSBURGH (AP) — Sidney Crosby and Evan Rodrigues scored 12 seconds apart in the third period, and the Pittsburgh Penguins rallied to beat the St. Louis Blues 5-3 on Wednesday night for their ninth straight win.

Bryan Rust scored twice and Brock McGinn also had a goal to help the Penguins get their longest win streak since winning 15 in a row in March 2013. Pittsburgh is 14-2-1 in its last 17 games.

Crosby scored his fifth, Rodrigues his 14th and McGinn his ninth, as Pittsburgh scored three in the third to erase a 3-2 deficit.

Casey DeSmith stopped 13 shots, but was pulled after the Blues’ third goal. Tristan Jarry, who recently came off the NHL’s COVID-19 protocol, stopped all 13 shots in relief.

Brayden Schenn returned from injury to score his fifth of the season and 200th career goal. Jordan Kyrou stayed hot with his 13th of the season, and Colton Parayko scored his fourth. Vladimir Tarasenko had two assists to extend his point streak to six games. Jordan Binnington stopped 36 shots for the Blues, who saw a two-game win streak end with their third loss in 10 games.

John Tavares and T.J. Brodie also scored for the Maple Leafs, Alexander Kerfoot had a goal and an assist, and William Nylander had two assists. Toronto improved to 20-4-1 in its last 25 games. Jack Campbell stopped 28 shots.

Leon Draisaitl and Brendan Perlini scored for Edmonton, and Mike Smith had 29 saves. The slumping Oilers finished a winless road trip 0-3-2 to fall to 2-9-2 since a 16-5-0 start.

Edmonton was missing captain Connor McDavid, fellow center Derek Ryan and defenseman Tyson Barrie after all three were added to the NHL’s COVID-19 protocols. The Oilers were also without top-six forward Ryan Nugent-Hopkins (undisclosed), who has been placed on injured reserve.

The Maple Leafs had Auston Matthews following a COVID-19 scare that kept him out of practice Monday and Tuesday. 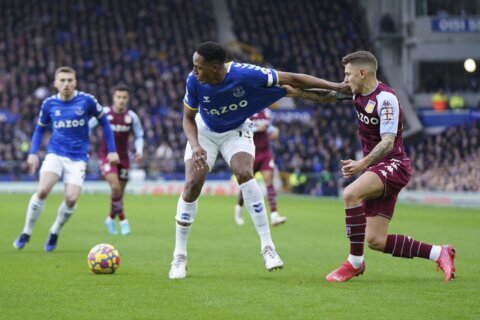 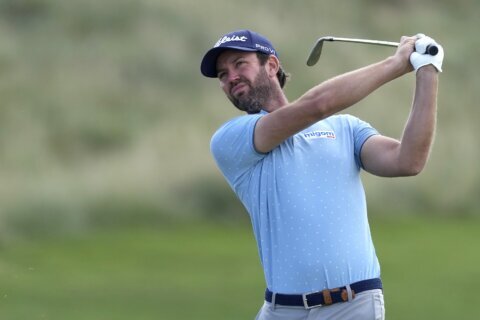