The league said that 95% of players have received two doses of vaccines, but “with the appearance of new variants like omicron, it is necessary to not drop our guard.”

The league, which runs the top two divisions, is tightening controls to face a new wave of infections driven by the more contagious omicron variant. So far only one game — this week’s Lugo vs. Almeria match in the second division — has been postponed after Lugo detected an outbreak that infected 23 people.

But La Liga leader Real Madrid has been hard hit as well, with eight reported infections on its first squad, including star midfielder Luka Modric.

The new protocol mandates antigen testing each day a player joins his teammates. The same goes for coaching staff and any club workers in contact with the team. Until now, a player had an antigen test before the first training session following a game, followed by a second test 48 hours later, a third test 48 hours before a match, and a fourth test before a game.

The league will give 60 tests for each team to use each day.

Players will also undergo a more precise PCR test each week at least until Jan. 15, the league said. Players must also undergo a PCR test after holidays, stints with national sides, leave periods of three or more days from clubs, and for new players arriving at a club.

Clubs are to report the results on a daily basis to the league. 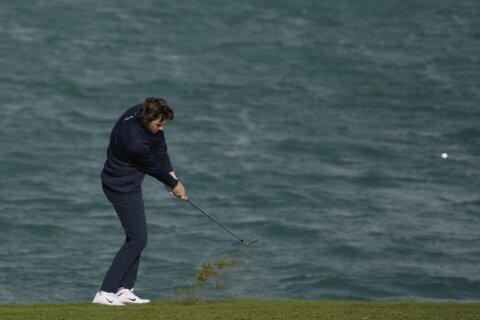