Gerrard, the long-time Liverpool captain turned Villa manager, was back at his boyhood club in a professional capacity for the first time since leaving in 2015 and was given a standing ovation when he entered the field for the game. He left empty-handed, though.

The win kept Liverpool one point behind leader Manchester City and a point ahead of Chelsea in the three-way title race.

Gerrard came to the game having made a good start to Premier League management with three wins in four matches and a narrow defeat to Manchester City. But he adopted a defensive game plan against his former club.

Liverpool forced Martinez into a couple of low, near-post saves in the first half and Virgil van Dijk had a header parried over by the goalkeeper early in the second. But the host’s pressure finally told when Salah got behind Villa’s defensive line and was hauled down by Mings.

Salah tucked the penalty past the goalkeeper’s dive and inside his left-hand post, becoming only the second player in Premier League history after Jamie Vardy to score or assist in 14 consecutive matches.

Villa appealed for a late penalty of their own when Liverpool goalkeeper Alisson flapped at a loose ball after a mix-up with Joel Matip and appeared to bring down Danny Ings, but the referee waved play on. 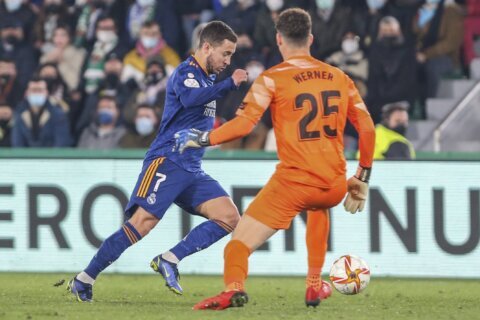 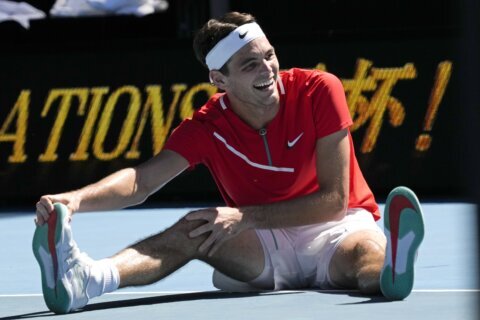