Coronavirus News: Fairfax Co. votes to increase substitute teacher pay | Is it time to get a COVID-19 booster? Which one? | Local cases of COVID-19 | How many in DC region are vaccinated?
Home » Sports » Brady Tkachuk signs 7-year,…

The Senators made the announcement in the morning, hours before Ottawa’s home opener against the Toronto Maple Leafs. Tkachuk arrived at Canadian Tire Centre during the first period and was shown on the big screen flashing his trademark Frank the Tank shimmy during a television timeout.

The 22-year-old Tkachuk was a restricted free agent. He missed the preseason and was not available to play Thursday night, with coach D.J. Smith saying earlier it would take Tkachuk at least a week to 10 days to play.

“This is an exciting day for the Ottawa Senators,” general manager Pierre Dorion said. “Brady possesses a very dynamic skill set and is a prototypical power forward in today’s NHL. He scores goals, he plays physical and exemplifies what it means to be a pro for all players in our organization.”

“It was tough kind of being away, but now I’m just glad you know the business side is done with and now I don’t have to think about that for a while,” Tkachuk said. “I just get to be with, be with the group, be part of the team again and improve every single day and just try to do what I can to help win whenever I get back.”

Tkachuk played in all 56 games last season and led the Senators in scoring with 36 points on 17 goals and 19 assists. The 6-foot-4, 211-pound left wing also had a team-high 69 penalty minutes and was second in the NHL in hits with 248.

“The one thing that always impressed me throughout this process is hearing from the other side about how much Brady wanted to be here long term,” Dorion said. “That’s why we were never worried that we weren’t going to be able to do a long-term deal. And that says a lot about him.

“He’s the one that drives the bus for our team. He brings us into battle every night. And to get it done for seven years, I think, is a great thing for the organization.”

Selected fourth overall in 2018 after one season at Boston University, Tkachuk has 60 goals, 65 assists and 250 penalty minutes in 198 career NHL games. His father, Keith, starred the NHL, and older brother Matthew is a forward for the Calgary Flames. 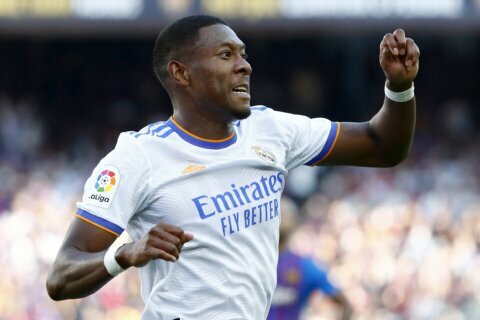 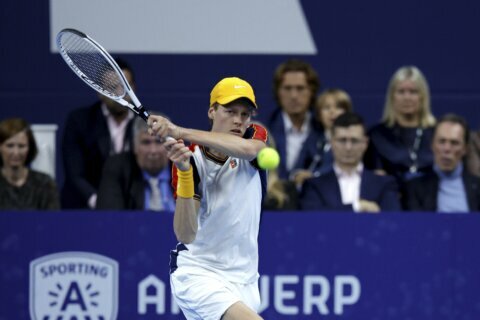 Sinner wins in Antwerp without dropping a set