Murray said Monday he wanted “to let everyone know of the challenge that I’m currently facing.” He said he is confident he will beat the disease and looks forward “to being in the booth calling Blackhawk games in front of the most passionate and energetic fans in all of hockey.”

The 59-year-old Murray did not specify the type of cancer he has or provide any other details about his condition, nor did the team.

Murray has spent more than two decades as a member of the Blackhawks’ broadcast team, starting as a studio analyst before moving into a TV and then radio color commentary role. He was drafted by Chicago in the third round in 1980 and played 12 seasons with the Blackhawks over two stints.

Murray became their first player to win the Frank J. Selke Award as the NHL’s top defensive forward following the 1985-86 season, when he scored a career-high 45 goals and finished with 99 points. He also won a Stanley Cup with the Colorado Avalanche in 1996. 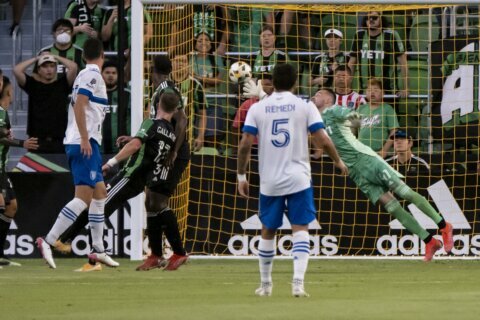