SEATTLE (AP) — The memory and feeling is still fresh a few years later for Kelly McCrimmon and he’s sure it will be for Ron Francis, too.

It’s very surreal, McCrimmon recalled, to have the entire NHL hit pause and wait for your decisions that will influence the rest of the league’s landscape. It happened four years ago for McCrimmon and the Vegas Golden Knights ahead of their expansion draft.

And it’s about to happen for Francis and the Seattle Kraken.

“When you finally get the list, the hockey world stands still waiting for you. That’s a really different feeling,” said McCrimmon, the current Vegas general manager and assistant GM to George McPhee four years ago. “It’ll never happen again in their careers. It never happened again in our careers. But when you get that list, everyone is waiting for you. There’s no one making a trade, there’s no one having discussions. The hockey world is going through Seattle for that period of time after those lists are submitted. That’s a unique once in a lifetime feeling.”

The NHL pause arrived Saturday after a busy day of league-wide deals that helped teams solidify rosters and make decisions on what players would exposed to Seattle ahead of next Wednesday’s expansion draft.

Teams submitted their protected player lists to the league Saturday and those who are protected — or more importantly left unprotected — will be released early Sunday. From there, it will be a three-day whirlwind of decisions, phone calls and likely some deals on the side that will eventually make up the Kraken roster that gets announced.

“This has been a long journey,” Francis said Saturday. “Our people have worked extremely hard in some tough situations, with COVID and having to watch certain things on video versus live. Finally getting to watch some stuff live. The introduction of a taxi squad changed things dramatically … and ultimately it challenges us a little bit more of what we’re doing. But our guys have worked extremely hard to get to this point and I think everybody’s just excited that tomorrow morning we’re going to get these lists and in three days we’re gonna announce it.”

Francis, who was hired two years ago Sunday as the first GM of the Kraken, said his staff has gone through hundreds of mock drafts over the past 18 months building toward the decisions that will be made this week. Seattle has certain minimums it must meet in the expansion draft, including selecting at least 20 players who are under contract for next season and have salaries totaling at least $48 million.

But one of Seattle’s biggest benefits going into the draft is its salary cap space.

“The one thing that we think is extremely, extremely valuable in this environment is cap space,” Francis said. “We’ve got $81.5 million of cap space to play with so that’s certainly something that we want to make sure we try and take advantage of moving forward.”

While most of Francis’ front-office staff has been in place for close to a year, he said the input of new coach Dave Hakstol, who was hired late last month, has been and will be important over the next few days.

Ultimately, those 80 or so hours between the release of the protected lists Sunday morning and the announcement of Seattle’s roster on Wednesday night will show how well other general managers learned from what Vegas accomplished four years ago and how well Francis and his staff were able to counter.

“Teams knew we were coming and they’ve had four years to prepare,” Francis said. 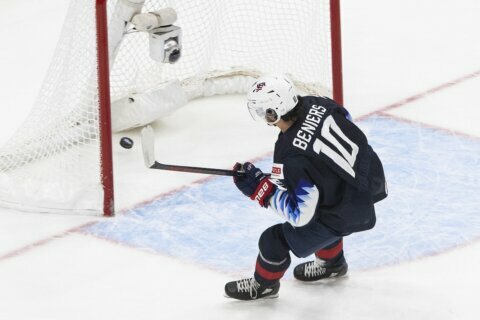