Hayes has guided Chelsea to four Women’s Super League titles — the most in England — since becoming manager in 2012. Chelsea was routed by Barcelona 4-0 in the Champions League final in May.

The length of the extension wasn’t specified but club director Marina Granovskaia said in a statement the club looks forward “to watching her take Chelsea women to even greater heights in the years to come.”

“Everyone knows what this club means to me,” Hayes said in a statement. “The work we’ve done together over the last nine years has been hugely rewarding, full of growth of the women’s game, accompanied with winning, which is one of the club’s key values.”

The 44-year-old London native moved to the United States in her early 20s, becoming head coach at Iona College in New York.

Hayes then was an assistant for the Arsenal women’s team before becoming head coach and director of operations for the Chicago Red Stars in 2008. 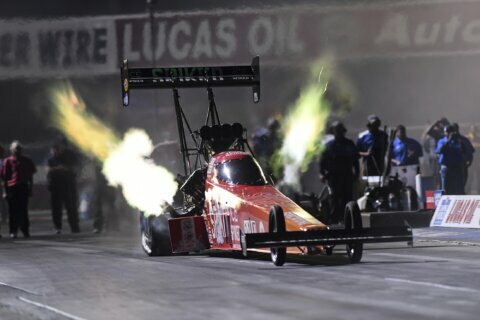