NYON, Switzerland (AP) — Belgium and Wales will go to neutral Russia to face Belarus in World Cup qualifying games because of travel sanctions imposed after a commercial passenger flight was diverted to Minsk.

UEFA said Saturday the city of Kazan will stage Belarus’ “home” games against Wales on Sept. 5 and Belgium on Sept. 8. Belgium leads the five-team group.

The European Union imposed limits on airspace to punish Belarus for diverting a Lithuania-bound flight to Mink in May to detain an opposition activist.

Clubs from Belarus have this month had their home games in European competitions moved to Armenia and Serbia.

Belarus has been in turmoil since last August when authoritarian leader Alexander Lukashenko claimed victory in a disputed presidential election.

Lukashenko was barred from attending the Tokyo Games by the International Olympic Committee. He led the Belarus Olympic committee from the 1990s until this year. 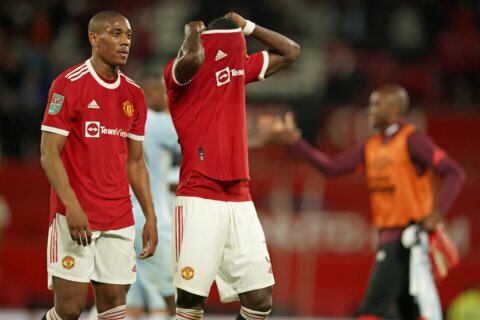 Man U knocked out of League Cup by West Ham; Chelsea wins 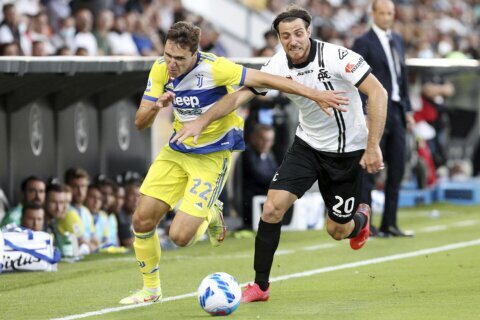