EURO 2020: Joachim Löw hoping to leave Germany on a high

BERLIN (AP) — With Joachim Löw departing after the tournament and a replacement already set to take over, expectations are low for Germany at the European Championship.

Quite low, especially considering the team’s dismal performance as defending champions at the last World Cup and the 6-0 drubbing by Spain last year in the Nations League.

Löw did win the 2014 World Cup in Brazil, making Germany the first European team to win the tournament in the Americas, but he recently brought forward his previous plan to quit after next year’s World Cup.

Following that victorious final against Argentina at the Maracana Stadium in Rio de Janeiro, the team has slumped. Löw’s attempt at a shakeup failed, culminating in the embarrassment against Spain in November — the national team’s worst loss since 1931 — and a subsequent 2-1 loss to North Macedonia in March in World Cup qualifying.

Another failure at Euro 2020 will certainly lead to questions of why the German soccer federation has stuck with “Jogi” for so long amid few signs of progress. It has turned the competition into a very personal affair.

But freed of the need to rebuild, Löw was able to pick his best available team for the tournament, including recalling veterans Thomas Müller and Mats Hummels for their quality and experience. Success would repair damage to his battered reputation and allow the 61-year-old Löw to end his tenure on a high.

By offering to step down, Löw has also taken the pressure off his players. They may yet rally around the coach to give him a perfect send off.

Löw took over the national team after the 2006 World Cup. His teams reached the semifinals or better at every major tournament until 2018, when it exited in the group stage in Russia.

This time, Germany will play its three group games and a potential quarterfinal at home in Munich, but it faces a tough start against World Cup champion France on June 15, then another heavyweight in European champion Portugal four days later. The Germans finish group play against Hungary on June 23.

Germany’s recent record does not give grounds for much optimism. The defense was uncertain against North Macedonia, a team ranked 65th in the world, while the attack lacked a clinical touch.

Forwards Leroy Sané and Serge Gnabry play with Robert Lewandowski at Bayern Munich, but Germany lacks a traditional No. 9 in the mold of the Poland striker. Timo Werner missed an open goal against North Macedonia and has yet to live up to expectations.

For Euro 2020, Löw has recalled striker Kevin Volland to help make up for the shortfall.

Goalkeeper Marc-André ter Stegen is out of what would have been a reserve role behind captain Manuel Neuer after opting for surgery on his right knee. It’s arguable the Barcelona keeper might have soldiered through the pain if he foresaw a starring role in Germany winning the competition.

Marco Reus also opted not to take part. The Borussia Dortmund captain finished the Bundesliga season strongly but his Germany career has been overshadowed by injuries and he told Löw he was unsure if he could meet the demands of the competition.

Germany has other excellent players. No one is questioning the quality of Neuer, Toni Kroos, İlkay Gündoğan, Leon Goretzka or Joshua Kimmich, but they alone can’t drag the team to success without the help of the supporting players.

Such is the sense of inadequacy around the team that German tabloid Bild was exultant when left back Borna Sosa recently received German citizenship. But the Stuttgart defender was already 22 when he played his last game for Croatia’s under-21 team, making him ineligible to switch, according to new FIFA rules.

Löw will need to stick with either Marcel Halstenberg or Robin Gosens for the left back position, while Müller and Hummels can expect to play leading roles after the coach ended their exile.

The 31-year-old Müller had an outstanding season for Bayern Munich, scoring 11 goals and setting up 21 more to help the club win its ninth straight Bundesliga title — his 10th altogether.

Hummels, a year older at 32, marshaled Dortmund’s defense to help it win the German Cup and qualify for the Champions League.

Löw had axed both players, along with Jérôme Boateng, after the 2018 World Cup to make room for younger players. They weren’t able to turn things around.

The next generation will get another chance after the European Championship under incoming coach Hansi Flick, but for now the focus is very much on the present. 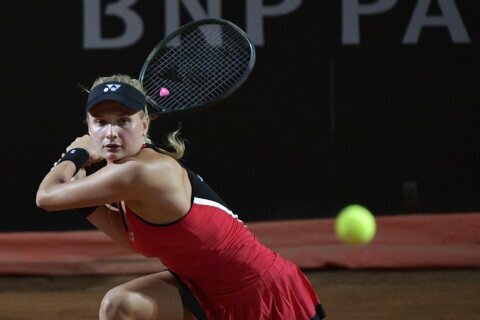 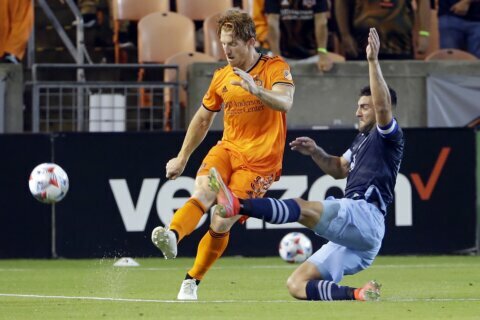