That’s why a five-game ouster in the second round is a blow for a team that has talked openly about winning the Stanley Cup, leading to questions about the next steps to get there.

“The success of the regular season doesn’t really matter if you don’t succeed in the playoffs,” center Vincent Trocheck said Thursday, two days after a series-closing loss to the Tampa Bay Lightning.

“I think for us, it’s just a matter of we know the second round isn’t where we want to finish our season. We want to be able to take it all the way. We want to be knocking on the door every year. So this is a disappointment for us.”

The Hurricanes reached the Eastern Conference finals two years ago to end a nine-season playoff drought, followed by a repeat postseason trip last year in the Toronto bubble.

Heightened expectations followed with a returning core. And the Hurricanes delivered in the regular season, winning their first division title since the Cup-winning season of 2006 and staying in the Presidents’ Trophy hunt to the final week.

But after a tough six-game grind against Nashville, Carolina hit a wall in the reigning Cup champion Lightning. It ended with a 2-0 loss in Game 5, capping an 0-3 series home record after managing two goals on 99 shots against Vezina Trophy finalist Andrei Vasilevskiy.

That’s why disappointment was a common theme among players like Trocheck and Brock McGinn, who said he felt “like we didn’t do our job.”

Much of Carolina’s core, including star center Sebastian Aho and top defenseman Jaccob Slavin, is under contract for next year. That group now must learn from a setback.

“Just being around it a little bit in the organization, you could feel that growth,” goaltender Alex Nedeljkovic said. “I think this year maybe felt a little differently than previous years. I think there was maybe a little bit of a letdown, so to say, for just expectations internally. So I think it’s just more fuel for the fire to get ready for next year and really try to take that next step.”

Some things to watch for during the Hurricanes offseason:

One of the biggest steps will be reaching a deal with coach Rod Brind’Amour, whose contract expires this summer.

Both Brind’Amour – the captain of Carolina’s 2006 Cup winner — and owner Tom Dundon have made public comments in recent months indicating they expect to eventually reach an agreement, with Brind’Amour saying in early May: “Everybody knows I’m a Hurricane.”

The Hurricanes have to sort out their goaltending depth.

The 25-year-old Nedeljkovic is a Calder Trophy finalist for the NHL’s top rookie after posting franchise records with a 1.90 goals-against average and a .932 save percentage (minimum 15 games) along with three regular-season shutouts. The restricted free agent started all but two postseason games.

“I’ve always believed I could do it,” Nedeljkovic said. “This year I think just reinforces that fact.”

Nedeljkovic thrived in a larger role due to injuries for Petr Mrazek, who had led a rotation with James Reimer before Nedeljkovic’s emergence. Mrazek and Reimer will be unrestricted free agents next month.

Defenseman Dougie Hamilton is set to become an unrestricted free agent. He is an offensive threat with 42 regular-season goals over three seasons while also playing on Carolina’s top power-play unit.

“To be honest, I don’t really have any idea right now,” Hamilton said when asked whether he thought he’d re-sign or head elsewhere.

The team also has multiple restricted free agents, including third-year forward Andrei Svechnikov. There have been extension talks with the No. 2 overall draft pick from 2018 and fixture on Carolina’s top line alongside Aho and Teuvo Teravainen.

The Lightning series highlighted the need to improve on special teams to match the league’s top teams. Tampa Bay converted on 15 of 36 power plays (41.7%) to win the battle with Carolina’s penalty kill, while the Hurricanes went 6 of 33 (18.1%). 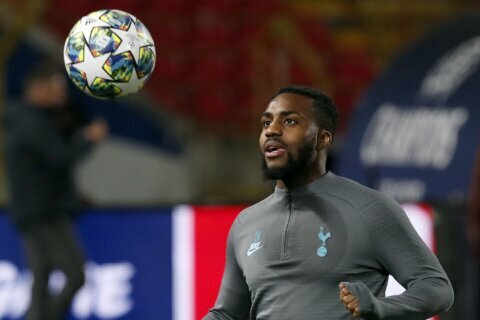 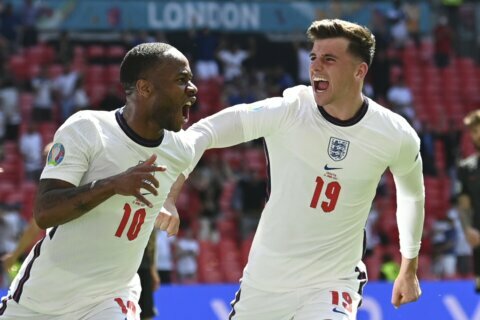 The Latest: Another small plane delivers message to Dutch