Madrid was the sole host of the inaugural edition of the restructured Davis Cup Finals in 2019. This time the Spanish capital will co-host the tournament along with the cities of Innsbruck in Austria and Turin in Italy.

The 18-nation men’s tennis competition will take place on hard courts from Nov. 25-Dec. 5. Last year’s event in Madrid was canceled because of the coronavirus pandemic.

Barcelona captain Gerard Piqué, co-founder of the Kosmos group behind the new Davis Cup Finals, said the changes will give more fans a chance to watch the matches and will help fix some of the problems that affected the first edition.

“Some of the matches ended very late, so we made the decision to go to other cities and to play in 11 days instead of seven,” Piqué said at the event’s official launch on Thursday. “The event has been evolving, maturing.”

Organizers had said after the tournament’s first edition that tweaks were needed to improve the new format of the international team event, which for 120 years had been played throughout the year and in different venues around the world. The 2019 competition brought the nations to play in a single week in Madrid.

Organizers had been considering building more courts to help fix the scheduling problems that led to very late finishes in Madrid. The Italy-United States tie was among the many that finished after midnight, ending at 4:04 a.m. local time. Other ties took nearly nine hours to conclude and went well into the later sessions, prompting complaints from players, coaches and fans.

The location of the event in Madrid was changed from the “Caja Mágica” tennis complex to the Madrid Arena, which for now is expected to be at 50% capacity because of the pandemic.

“We will see when we can sell more tickets,” Piqué said. “I’m optimistic that we will be able to play with nearly full capacity.”

Each city will host the country’s national team at the group stage.

The revamped Davis Cup is the result of a 25-year partnership between the International Tennis Federation and Kosmos to make the traditional team competition more attractive and lucrative. 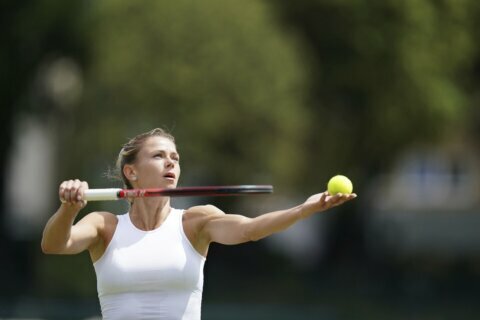