Local law enforcement celebrated Bayern’s record-extending ninth consecutive German title by joking on Twitter that they were looking for its missing rivals over the past nine years.

Bayern’s latest title had an air of inevitability after Hansi Flick’s team began the season with an 8-0 demolition of Schalke. It celebrated clinching the league on Saturday with a 6-0 rout of Borussia Mönchengladbach.

“It’s a huge task every year, and a lot of heart and soul goes into it. But, of course, we have a great team every year,” said Thomas Müller, who along with teammate David Alaba has won 10 league titles with Bayern.

Bayern’s long-established domestic dominance was never in doubt all season, though its weakened squad compared to the season before, and the improvement of second-placed Leipzig in Julian Nagelsmann’s second year as coach gave neutrals some hope of a title race.

Borussia Dortmund’s title bid fizzled out early on under coach Lucien Favre, who was fired in December and replaced with Edin Terzić.

Gladbach fell into disarray in February when the club announced that coach Marco Rose was leaving to take over Dortmund next season.

Bayer Leverkusen was unbeaten and leading the Bundesliga until the 13th round when Bayern took over with a late 2-1 win in Leverkusen. Robert Lewandowski scored the winner in injury time.

It was to become a recurring theme; Bayern digging in and doing enough when it mattered most.

Bayern has a 10-point lead over Leipzig with two rounds remaining. It has dropped points only nine times in 32 games so far. Its goal difference (plus-52) is almost twice as good as any of its rivals. Leipzig is next with plus-29.

Flick complained last month that his squad wasn’t as strong as it was last season when he led Bayern to a trophy treble of Champions League, Bundesliga and German Cup.

Ultimately, the outgoing coach was proven right as his team went on to be knocked out in the quarterfinals of the Champions League by last year’s beaten finalist Paris Saint-Germain. Bayern was already knocked out in the second round of the German Cup by second-division Holstein Kiel in January.

Despite Flick’s misgivings, Bayern still had enough quality to trump its domestic rivals.

Not even Lewandowski’s knee injury toward the end of the season dented the team’s campaign. Lewandowski recovered and raised his tally to 39 goals with a hat trick in Bayern’s rout of Gladbach – just one off Bayern great Gerd Müller’s all-time record from the 1971-72 season.

The Poland star still has games against Freiburg and Augsburg to match or break Müller’s record, but that will do little to ease concern over Bayern’s dominance, which looks set to continue.

Flick is leaving voluntarily after the season to be replaced by Nagelsmann, the coach of the team that pushed Bayern hardest this season.

Bayern has won 30 of the 58 Bundesliga titles since the league was formed in 1963.

Bundesliga chief executive Christian Seifert warned in 2017 that it would be a problem “if Bayern Munich wins the title 10 or 15 times in a row.”

But it seems there’s no one to stop the Bavarian powerhouse. Police in Mönchengladbach responded to their Munich colleagues’ appeal by saying their search had failed to yield any results. 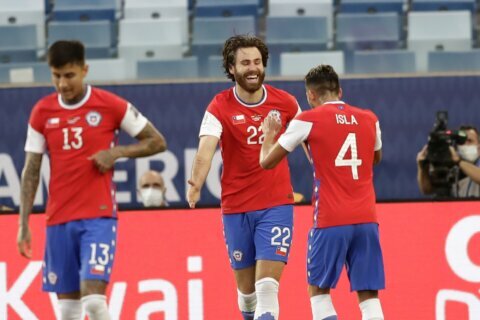 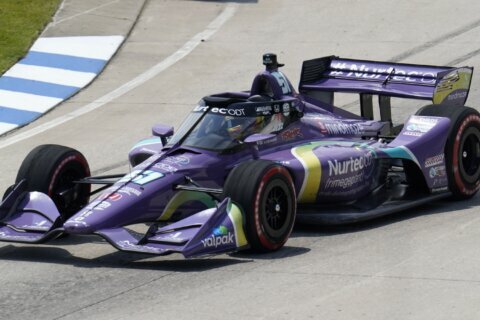