EDMONTON, Alberta (AP) — Montreal Canadiens goaltender Carey Price will be out at least a week because of concussion protocols.

Price was injured in the first period of Montreal’s 4-1 loss to Edmonton on Monday following a bump by Oilers forward Alex Chiasson. Jake Allen came on to start the second period and played the remainder of the game.

Price, the winner of the Hart and Vezina trophies in 2015 as the Most Valuable Player and top goaltender in the NHL, had just returned to the lineup in Saturday’s 4-0 loss at home to the Ottawa Senators after missing six games with a lower-body ailment.

Montreal has lost seven of its past 10 games and is fourth in the North Division, nine points behind Edmonton and six ahead of Calgary entering play Tuesday night.

The Canadiens face the Oilers again Wednesday night in Edmonton. 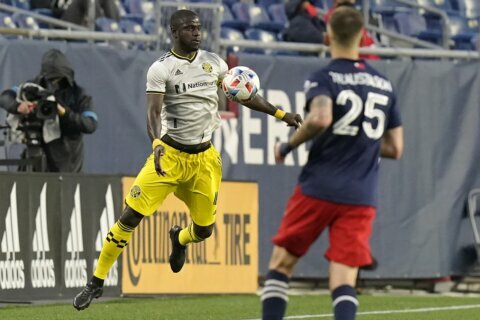