The Sabres are 7-23-5 in division play. Buffalo scores 2.1 goals per game, the least in the NHL. Sam Reinhart leads the team with 13 total goals.

The Rangers are 16-15-4 against the rest of their division. New York averages 9.6 penalty minutes per game, the fourth-most in the Nhl. Brendan Smith leads the team serving 30 total minutes.

In their last meeting on March 22, New York won 5-3. Adam Fox recorded a team-high 3 points for the Rangers.

TOP PERFORMERS: Jack Eichel leads the Sabres with 16 assists and has 18 points this season. Montour has 7 points over the last 10 games for Buffalo.

Ryan Strome leads the Rangers with 33 points, scoring 11 goals and adding 22 assists. Mika Zibanejad has 18 points over the last 10 games for New York. 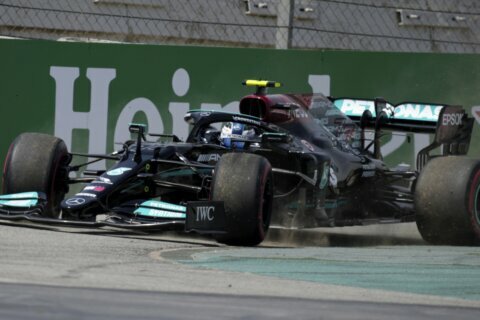