Ruff may be mixing up lines with Devils struggling to score

NEWARK, N.J (AP) — Coach Lindy Ruff seemingly is shaking up his lines with the New Jersey Devils slumping and struggling to score.

A day after losing 2-1 to the New York Islanders, Ruff altered all four of New Jersey’s line combinations on Wednesday in preparation for consecutive games against the rival Rangers on Thursday and Saturday at the Prudential Center.

The top four centers all stayed in place with Pavel Zacha, Jack Hughes, Travis Zajac and Michael McLeod in the middle. Each line had at least one new winger.

The move is not surprising. The Devils have lost three straight, six of seven games and have been limited to 15 goals in that span. Their only win was a 4-3 decision over Buffalo in overtime in a game in which top Sabres goalie Linus Ullmark left with an injury after blanking New Jersey in the opening 20 minutes.

Ruff, whose team has 46 goals in 18 games, said there is a fine line between shaking things up to create offense and losing the cohesiveness that some lines have developed.

“When you look at our club and our 5-on-5 scoring, we know lately we need to be better,” Ruff said after practice.

“Some of the thinking is to create maybe some newness, which maybe has a history of creating some offense. Giving some players a bigger opportunity, maybe putting bigger, stronger players on some lines to give a net-front presence where maybe the other players can’t get there. Every now and then you just have to shake it up.”

The biggest change probably was moving moving Miles Wood to the left wing on the top line with Kyle Palmieri on the right side and Zacha in the middle.

Wood surprisingly leads the Devils with seven goals. He might be the fastest skater on the team and whatever line he plays on, he causes headaches for the opposition in the crease.

Palmieri, who has struggled scoring this season, could benefit from that, while Zacha is the hottest player on the team. He had his 10-game point-scoring streak snapped on Tuesday.

If the practice lines hold, the 19-year-old Hughes will be skating with rookies Janne Kuokkanen and Yegor Sharangovich on his wings. Kuokkanen would be returning to the lineup while Sharangovich has played well the past two games, scoring a goal.

The other two lines were Zajac centering Andreas Johnsson and Nathan Bastian and McLeod on the fourth line with Mikhail Maltsev and Jesper Bratt.

“Sometimes it is good to get a little switch up and have a little shock on the team we’re going to play,” Bratt said. “So I’m excited for that. And I think the whole team is so exciting going forward for our next game, and it’s going to be fun.”

Playing the Rangers might be just what the Devils need. The Hudson River rivals have played twice this season and New Jersey has won both games.

“Every team in our division is a tough team, and we know that we have to put in a great game to win it,” Bratt said. “But for sure, we have a good feeling going into this game.”

NOTES: For the first time this season the Devils (7-9-2) have gone three straight games without giving up a power-play goal. … Ruff had no update when C Nico Hischier will return to the lineup. He has missed the past two games after a power-play shot hit him in the face shield on Saturday against Washington. 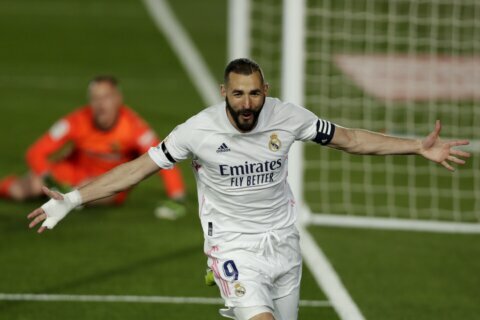 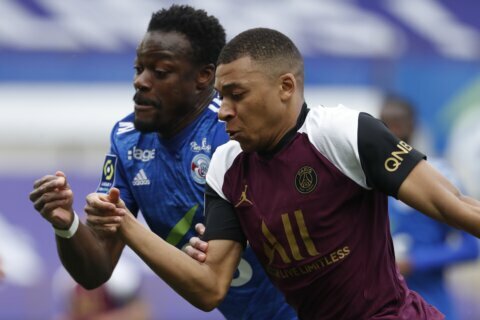