The National Women’s Soccer League has added Ally to a growing list of sponsors.

A digital financial services company, Ally’s name will be on the sleeves of player jerseys starting this season as part of the deal announced Tuesday. Additionally, a portion of Ally’s sponsorship fees will go to players as part of the league’s new Player Impact Focus Program.

Utah-based Ally will also work with the league on diversity, equality and inclusion initiatives.

“Having been with the league since its inception, I am both encouraged by how far the NWSL has come and excited to see this partnership push our sport forward in the coming years,” Portland Thorns owner Merritt Paulson said in a statement.

The league, in its ninth season, currently counts Nike, Budweiser and Verizon as national sponsors, in addition to Ally and Nationwide. Secret Deodorant will sponsor the upcoming preseason Challenge Cup tournament. CBS and Twitch are the league’s broadcast partners.

The NWSL has seen significant growth since the Women’s World Cup in 2019, boosted by the hiring last year of Commissioner Lisa Baird, formerly the chief marketing officer of the U.S. Olympic & Paralympic Committee.

The league’s regular season opens May 15. The NWSL this season is welcoming Racing Louisville, bringing the league to 10 teams, with two more expansion clubs set to join in 2022. The Utah Royals were disbanded following the 2020 season with a new team in Kansas City taking its place. 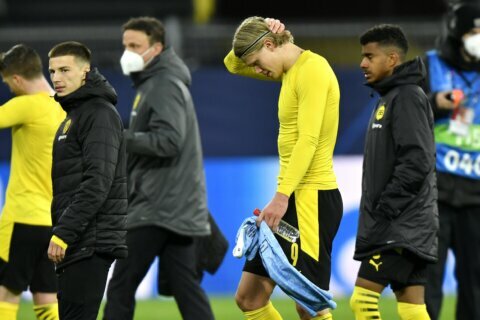 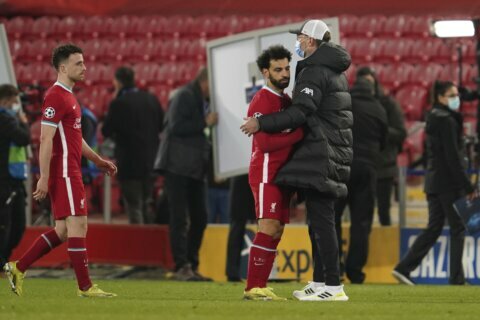