To commemorate April as National Autism Acceptance Month (previously known as Autism Awareness Month), here are some of the most common myths about autism – and the truth behind them.
Listen now to WTOP News WTOP.com | Alexa | Google Home | WTOP App | 103.5 FM

Autism is a variation in neurocognitive function that affects how people interact with others, communicate, learn, and/or behave. It affects an estimated 1 in 44 children in the U.S., according to the Centers for Disease Control and Prevention.

Unfortunately, despite research and experience to the contrary, there are a number of archaic misconceptions about autistic people that prevail in modern society. These myths serve as an ongoing barrier, contributing to the perpetual isolation and exclusion of autistic people, and limiting opportunities for employment and independence.

To commemorate April as National Autism Acceptance Month (previously known as Autism Awareness Month), here are some of the most common myths about autism – and the truth behind them:

Myth 1: All autistic people are the same

Melwood has been championing a more inclusive workforce – and world – for people with disabilities for nearly 60 years in the D.C. area and beyond through employment, job training, job placement, coaching and strategic employer partnerships.

Matthew Kreydatus is the director of Career and Transition Services at St. Joseph’s Villa in Richmond, Virginia.  It’s an organization dedicated to helping children and youth from all backgrounds who face developmental disabilities, diverse learning styles, mental health issues, homelessness and other challenges.

Kreydatus reiterated Kautz’s statement, adding that the supports or accommodations autistic people need are not universal, but will vary based on the individual. However, he notes that there is a common thread amongst the students at St. Joseph’s Villa – their drive to contribute.

“They all want to do something, and they all could do something,” he said, but they often get boxed in or relegated to this inferior status where people assume they can’t contribute in a meaningful way.

“Automatically assuming that someone can’t do something and treating them accordingly – that’s discrimination,” said Kautz. “It’s subtle, but it’s incredibly harmful both to the individual and our collective society.” In a speech to the NAACP to launch the No Child Left Behind Act in 2000, former President George W. Bush referred to this type of discrimination as the “soft bigotry of low expectations.”

Autistic people are just like anybody with their own strengths and challenges. When people continue to hold on to the myth that autistic people are all the same, it can unfairly and unnecessarily limit their opportunities for employment.

“Sometimes we box autistic people in by thinking about what they can’t do. Other times, we see a strength like analytical thinking and assume it matches the persons interests and steer them that way. The real challenge is making sure we remove barriers so people can seek out a career that excites them,” said Rebecca Cheraquit, chief program officer at Melwood.

Truth: “Autistic people have a variety of interests and have different levels of skills and abilities across a wide range of spheres,” Kautz said. “Someone may be uniquely gifted in math or have stand-out musical talent, but this idea that all autistic people have these superhuman, niche abilities is misleading.”

“There may be some who have some enhanced abilities, but the people we work with – they’re really just normal people,” Kreydatus said.

Having a false view or expectation of a person’s abilities simply because they have autism reduces that person to a cultural caricature, instead of investing the time and effort to get to know them.

“Start by building a relationship,” Kreydatus said. “It’s easy to make assumptions. It takes intentionality to get to know someone and the process is longer, but it’s also rewarding because it’s authentic.”

With students, Kreydatus said the teachers often start off by giving them a small task and “through observation and relationship-building, you start to see their abilities and interests.”

By viewing each person’s skills individually, teachers, employers and other influencers can engage in more meaningful conversations about a person’s job and career trajectory – and that’s going to benefit both the individual and their future employer and team.

Truth: Based on Melwood’s experience as an employer of people with disabilities and many autistic people, Kautz resoundingly refutes that autistic people can’t work on teams. “We have teams on the ground at 60+ locations across the metro D.C. area – many at high-level government sites,” Kautz said. “We consistently receive positive feedback from those sites, commenting on the commitment, consistency and quality of service.”

It comes back to understanding the environment, accommodations and communication that contribute to a person’s success. “As a society, our problem is that if someone doesn’t engage the same way we do in group settings, we have a low tolerance and understanding,” Kautz said.

Reflecting on Melwood’s abilIT and Building Paths programs which prepare people for careers in technology and skilled trades, respectively, Cheraquit noted that one of the most rewarding aspects of the program is the way the students support one another and work together to achieve their goals.

What they need, Kautz said, is someone who accepts them as they are, and who will ask questions about how they prefer to communicate and collaborate – at the manager and peer level.

At St. Joseph’s Villa, Kreydatus said that the students he sees want to feel like they belong and enjoy participating in groups.

“What I get to see every day with our students is that communal effect going on – kids travel together as a group and enjoy being around each other. They like being around the staff that they’re with…everybody inherently wants to belong. I think it’s the same thing with the students with autism,” he said.

Myth 4: Autistic people can sometimes be violent or dangerous

Truth: This misconception of violence or danger, Kautz said, may stem from people not knowing why autistic people have certain tics or ways of “stimming” – repetitive movements or noises – to cope in a situation that might be confusing or anxiety-producing.

“There’s this knee-jerk reaction people have when they witness someone with autism exhibiting a tic or stimming that there’s something dangerous or violent or aggressive… whether it’s making noises or repetitive movements, that’s usually arising from a sort of sensory overload,” Kautz said. “It’s just a way of coping that helps the individual regulate.”

Asking questions and being aware of why an autistic person is reacting a certain way is often the best way to understand what’s happening – and if there’s anything you can do to make the situation more comfortable.

“We always say dig below the iceberg,” Kreydatus said. “Often the behavior you see is just the tip of the iceberg of what’s going on below. We must always seek to understand, rather than rush to judgment.”

While a person with autism may occasionally exhibit behaviors that appear as “acting out,” Kreydatus said this typically happens when a person doesn’t know a better way to express what they are feeling yet, so it’s important to listen to what they are telling you through their behaviors.

“It’s highly unusual for individuals who have autism to act violently out of malice or pose any kind of danger,” Kautz said.

How employers can overcome these myths

Employers across the U.S. are facing staff shortages and holding on to these outdated – and unfounded – views of autistic people means that organizations are “missing out on valuable candidates – an entire talent pool of people who are skilled, eager to learn and eager to contribute,” Cheraquit said.

Melwood partners with employers on a variety of disability inclusion efforts to broaden awareness, adapt hiring strategies and create more integrated environments that empower people with and without disabilities to succeed. For example, Melwood offers a series of training sessions for managers in neurodiversity awareness called Autism 101. This includes HR-focused training to inform the interview and hiring process so candidates with autism aren’t baselessly overlooked because of overly-standardized strategies.

Melwood has also provided training to the federal government and the private sector on how to evaluate questions and recognizing comfortable workplace environmental factors to minimize sensory overload.

Another session Melwood offers is on environmental factors that could affect sensory triggers.

“You may have employees or prospective employees with sensitivity to specific lighting,” Cheraquit said. “How do you make sure that, as an employer, you find the middle ground to accommodate all your employees and create a work environment where they can be successful and productive?”

In addition to partnering with employers, Melwood works with autistic people to advocate for themselves.

“We place a real emphasis on self-advocacy and coaching people on how to have the confidence and tact to safely say, ‘This is what I need,’ Cheraquit said. “It can be incredibly challenging because some people feel they may lose their job or lose an opportunity.”

For Kreydatus, whose job includes preparing students for the next phase of entering the workforce, a major issue is the undervaluation or underestimation of what autistic people can do. “They’re looking for chances…the chance to do something, to prove themselves, to be independent,” he said.

Kautz emphasizes that retention and investment in employees with autism is equally as important. If someone lands a job  but feels isolated from their teammates or ill-equipped to succeed with the necessary accommodations and training, they are likely to leave.

“The majority of time, once you train someone who has the affinity to focus, to master a skill, they will do it,” Cheraquit said.

“If they make mistakes, please don’t give up on them,” Kreydatus said. “It’s a growing experience for everyone involved. Be self-reflective. Are you doing what you can to make your workplace more inclusive, or are you continuing status quo?”

The message isn’t to be autism-blind, Kautz said. The point is to view one another with intentionality and purpose, affirming and valuing the experience of autistic people as individuals, instead of a collective. The point is to deconstruct the stigmas and microaggressions that do nothing to serve our society, but act as barriers to inclusion, innovation and independence.

By engaging with partners like Melwood, employers can start to train their leadership and teams on how to create more inclusive working environments, get connected to more diverse candidate pipelines, and network with other employers who are leading the way in disability inclusion. To learn more, contact Melwood at communications@melwood.org. 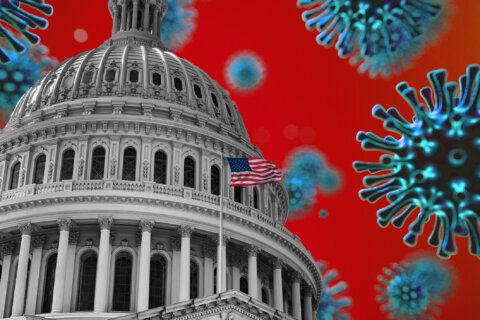 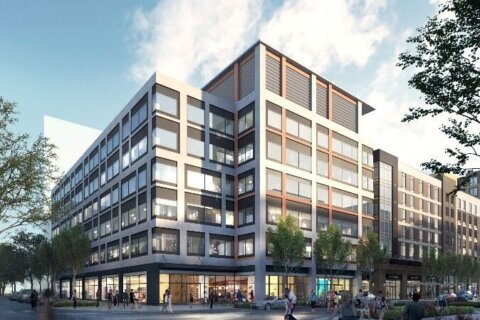 Protected: Rendering of The Wellness Center at West Falls 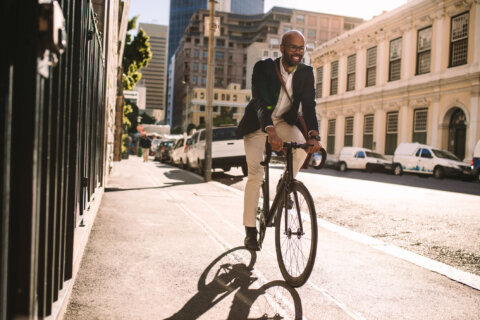