Lawmakers to face off with GameStop saga’s key players

WASHINGTON (AP) — The GameStop saga has been portrayed as a victory of the little guy over Wall Street giants but not everyone agrees, including some lawmakers in Washington.

GameStop shares soared 1,600% in January before falling back to earth. Entangled in the drama are massive short-selling hedge funds, a social media message board and ordinary investors wanting in on the hottest new trade, among others. The House Financial Services Committee is ready to dig into the confounding episode at a hearing on Thursday.

The players include a swaggering 34-year-old YouTube personality and GameStop evangelist; one of the richest and most prominent investment tycoons; and the CEO of the online platform Robinhood that hosted a tsunami of speculative GameStop trading but faced intense criticism for restricting trading at the height of the frenzy.

The CEO, Vlad Tenev, is denying speculation from some lawmakers that Robinhood acted to favor its big Wall Street clients when it blocked customers on Jan. 28 from buying shares of GameStop and a dozen other companies. The restrictions lasted in some form for days.

The accusation is that Robinhood changed the rules of the road midway through to favor big clients that stood to lose money if GameStop shares kept rising.

“Any allegation that Robinhood acted to help hedge funds or other special interests to the detriment of our customers is absolutely false and market-distorting rhetoric,” Tenev says in written testimony prepared for the hearing. “Our customers are our top priority.”

As they question Tenev and other witnesses, lawmakers and regulators will look for answers about what the GameStop trading frenzy says about the fault lines and potential conflicts in the structure of the market that can hurt unsophisticated investors.

The online GameStop booster, Keith Gill, who goes by Roaring Kitty, plans to tell the lawmakers that he reaped a profit on his investment because he did his homework on the company, and not because he touted the stock to “unwitting investors,” according to his prepared remarks.

“I did not solicit anyone to buy or sell the stock for my own profit,” Gill says. “I had no information about GameStop except what was public.”

Expected to testify remotely at Thursday’s hearing are:

—Tenev, an early-thirties entrepreneur who started Robinhood in 2013 with a fellow Stanford University math student. Claiming 13 million users, the mobile app’s popularity has grown, fueled by a simplified trading format and first-stock-for-free inducement appealing to millennials. The Silicon Valley company is said to be looking to go public this year; the GameStop debacle has brought unwanted attention.

With its mission “to democratize finance for all,” Robinhood offers commission-free trading. Critics say its users pay in another, more hidden way, because Robinhood provides the data on stocks they’re buying and selling to big Wall Street firms. And the firms pay companies like Robinhood to send their customers’ orders to them for execution.

Tenev is certain to be asked whether Robinhood’s abrupt freeze on individual users buying GameStop shares was done at the behest of Wall Street titan Citadel — its biggest trading partner — or other major firms.

Citadel says it “has not instructed or otherwise caused any brokerage firm to stop, suspend or limit trading or otherwise refuse to do business.”

—Ken Griffin, Citadel CEO. One of the wealthiest hedge fund managers in an industry full of multi-billionaires. Hedge funds command trillions in assets and are known by their penchant for risk and prolific use of short-selling, in which the funds essentially bet a stock’s price will drop. Griffin is politically plugged in and has been a heavy donor to Republican politicians.

Chicago-based Citadel is one of the biggest hedge funds, and its separate securities-dealing business handles an estimated 25% of all U.S. stock trading. Citadel stepped in with a few other funds to rescue Melvin Capital Management after it sustained billions in losses on its GameStop bets. Gabriel Plotkin, Melvin Capital’s founder and chief investment officer, will also appear at the hearing.

—Gill, AKA Roaring Kitty. The most visible protagonist and GameStop booster on the WallStreetBets subreddit with his R-rated energy, bright red headband and colorful T-shirts. The 34-year-old operating out of the basement of his home in a Boston suburb drew legions of investors into his orbit as they joined his livestream chats on YouTube.

Now regulators in Massachusetts are investigating Gill for potential conflict of interest because of his work as a licensed securities broker and “financial wellness educational director” for insurance company MassMutual while he was egging on GameStop investors online. Gill has been ordered to testify later this month in the inquiry; as of Wednesday he hasn’t responded to the state regulators. He’s also the target of a separate lawsuit that claims his misrepresented himself as an amateur investor while convincing other investors to buy shares of GameStop.

—Steve Huffman, Reddit CEO and co-founder. A major force in social media, Reddit claims some 430 million “Redditors” worldwide. Its WallStreetBets forum is at the center of the GameStop drama.

WallStreetBets “is first and foremost a real community,” Huffman says in his written testimony. “We saw the power of community in general and of this community in particular when the traders of WallStreetBets banded together at first to seize an investment opportunity not usually accessible to retail investors, but later more broadly to defend all retail investors against the criticism of the financial establishment.”

As the frenzy escalated, the acting head of the Securities and Exchange Commission said the agency is examining the trading restrictions on GameStop and other stocks by Robinhood and other online brokerages as well as possible stock manipulation, and the role that short-selling may have played in GameStop’s extreme price swings.

The small investors were seen as the winners after they mobilized against Wall Street heavies on the subreddit. Their buying swelled the share prices of GameStop and other beaten-down companies beyond anyone’s imagination. Not coincidentally, it inflicted billions in losses on the hedge funds that cater to the uber-rich and had placed bets that the stocks would drop.

The populist traders’ strategy was of course risky. GameStop stock plunged 60%, to $90 on Feb. 2, wiping out hundreds of thousands of dollars in a few hours. The stock dropped another 42%, to $53, on Feb. 4 and currently trades around $46.

A raft of lawsuits were filed against Robinhood in federal court by platform users who suffered losses when they were frozen out of GameStop trading. There are indications that contrary to the populist fable, it was the Wall Street titans that mostly benefited in the end from the GameStop rollercoaster. 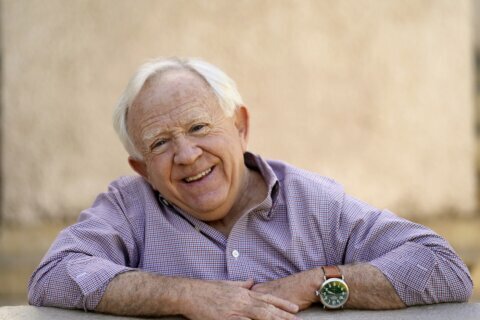 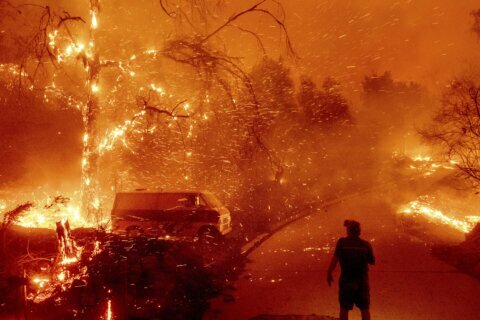