KINGSTON, Jamaica (AP) — As long as the United States wins its final three home games, the Americans likely will get back to the World Cup.

These young Americans stumbled on the road again in qualifying, wasting an early lead in a choppy 1-1 draw against Jamaica on Tuesday night. After a disjointed, physical game at The Office, as Independence Park is known, they fell into second place in North and Central America and the Caribbean with 15 points, one behind Canada and two ahead of Mexico and Panama.

“Obviously, we’ve grown by experiences and playing together and then getting the time, getting the games,” goalkeeper Zack Steffen said. “Our depth has shown and we’ve got to continue to strive for bigger goals.”

Christian Pulisic hasn’t started a match since spraining his left ankle on Sept. 8. Gio Reyna hasn’t played since injuring his right hamstring in the Sept. 2 opener, Sergiño Dest missed both November qualifiers with a bad back and Weston McKennie was dropped for two qualifiers for breaking team COVID-19 rules and missed the match at Jamaica for yellow-card accumulation.

Still, the U.S. trails only a Canadian team that has four separate trips to Central America among its final six games.

“I think we’re on the right track. We’re basically having to get the guys experience on the fly,” U.S. coach Gregg Berhalter said. “It’s really learning as you go.”

The U.S. has taken 10 of 12 points at home, following a 1-1 draw against Canada with wins against Jamaica, Costa Rica and Mexico. The Americans have gained five of 12 possible points on the road, drawing at El Salvador and Jamaica, winning at Honduras and losing at Panama.

Nine additional points may be enough to get back to the World Cup for the first time since 2014 and 10 points likely would assure a berth.

“The first window was a major learning experience for us in terms of how to mentally prepare for these three games and get through the travel and the whole — everything, we needed that window,” Berhalter said. “And we got five points, went undefeated, but we dipped below two points per game. And then the next two windows we maintained the two points-per-game ratio (1.875), and that’s pretty good. When you think about the youth of this group, the inexperience of this group in CONCACAF qualifying, we’re on the right track.”

Twenty-six of the 34 Americans to play over the eight matches made qualifying debuts.

Ricardo Pepi has three goals, Brenden Aaronson two and Dest, Pulisic, McKennie, Antonee Robinson, Tim Weah and Sebastian Lletget one each. Lletget (29) is the oldest scorer, while Robinson is 24, Pulisic and McKennie 23, Aaronson, Dest and Weah 21, and Pepi 18.

Tyler Adams, who has emerged as captain, is just 22.

“When we look at the table, we’re obviously still in a good position,” Adams said. “We have a lot of home games coming up. So in this next window it’s going to be super-important we continue to win our home games, get points on the road when we can.”

In the 2018 cycle, the U.S. was done in by home losses to Mexico and Costa Rica, not offset sufficiently by road draws at Panama, Mexico and Honduras.

Weah’s 11th-minute goal had put the Americans on track for a road win Tuesday night before Michail Antonio’s stunning 34-yard strike in the 22nd tied the score for the Reggae Boyz.

“We’ve grown a lot, and I think one thing that we’ve really shown is the depth of our team,” Adams said. “Everyone has had now the experience of playing in away games, playing at home games, what the difference is and what it requires that you need. So, yeah, I think that going into now the second half of qualifying, we know exactly what we need to do.” 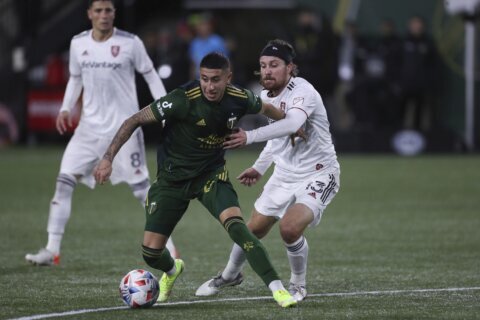 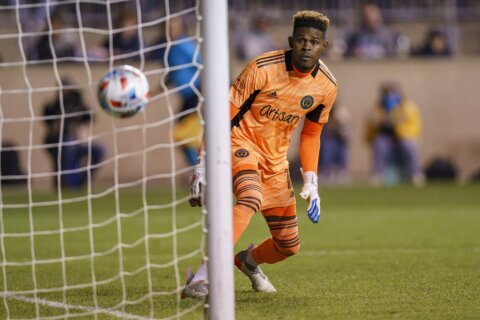