Turner, Herrera make US debuts in exhibition vs Trinidad

ORLANDO, Fla. (AP) — Goalkeeper Matt Turner and right back Aaron Herrera were set to make their U.S. national team debuts in an exhibition against Trinidad and Tobago on Sunday night.

The pair increase the American totals to 59 debuts since the October 2017 loss at Trinidad that prevented the Americans from playing in the 2018 World Cup, including 36 in 23 matches since Gregg Berhalter became coach ahead of 2019.

Turner is the first goalkeeper to debut for the U.S. since Alex Bono on May 28, 2018, against Bolivia.

Aaron Long and Miles Robinson were set to start in central defense, with Sam Vines at left back.

Jackson Yueill was in defensive midfield, Kellyn Acosta and Sebastian Lletget in advanced midfield, Paul Arriola on the right flank and Jonathan Lewis on the left. Jesús Ferreira headed the attack.

Ferreira, Herrera, Lewis, Robinson, Vines and Yueill are eligible for Olympic qualifiers in March, limited to players born on or after Jan. 1, 1997.

The 22nd-ranked Americans are preparing for a CONCACAF Nations League semifinal against Honduras in June and the start of World Cup qualifying at Trinidad in September.

No. 103 Trinidad was playing for the first time since a 4-0 loss to Honduras in the CONCACAF Nations League on Nov. 17, 2019. Because of the long layoff, Berhalter said the U.S. had agreed to a two-minute break during the first half.

The Soca Warriors started Adrian Foncette in goal, Federico Peña at right back, Leland Archer and Josiah Trimmingham in central defense, Jamal Jack at left back, Alvin Jones. Ajani Fortune and Dre Fortune in midfield, and Jabari Mitchell, Sean Bonval and Ryan Telfer in the attack, 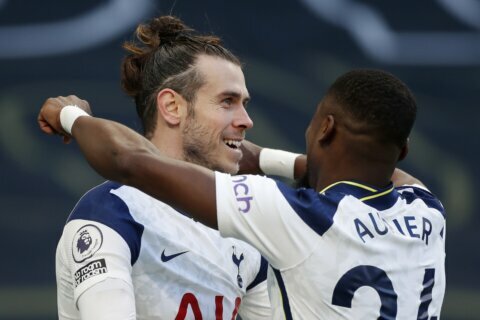