Later this spring, cicadas in massive numbers will emerge from underground hideouts and take to the treetops in a rare — and incredibly loud — ritual 17 years in the making.
Listen now to WTOP News WTOP.com | Alexa | Google Home | WTOP App | 103.5 FM

Get ready for the Big Brood.

Later this spring, cicadas in massive numbers will emerge from underground hideouts and take to the treetops in a rare — and incredibly loud! — ritual 17 years in the making.

“Some people will find them annoying, but for us, it’s just going to be a fascinating opportunity to witness Mother Nature at her best,” said Mike Raupp, professor of entomology at the University of Maryland, College Park. When the cicadas emerge, “It’s going to be like having a National Geographic special in your backyard, so I encourage everybody to go out and enjoy this thing.”

Raupp, who’s known as the “Bug Guy,” broke down the science behind the cicadas’ strange survival strategy, how many cicadas the D.C. region will see and when you should expect the buzzing to begin.

When will they arrive?

The cicadas set to emerge this year are known as periodical cicadas — which are different from the annual cicadas that we tend to see every year. Some broods emerge every 13 years. But Brood X (pronounced Brood 10), which is known as the Big Brood, only make an appearance once every 17 years.

The cicadas that emerge this year are actually the offspring of the bugs that last emerged in 2004. They hatched as tiny nymphs from eggs laid on the edges of tree tops, tumbled to the ground and burrowed into the soil where they’ve been for the past 17 years feeding on sap from the roots of trees.

So when will this year’s crop emerge?

In the D.C. region, the now-mature cicadas will begin building their exit galleys from the soil sometime in April. By the first of May, Raupp said he expects to see the “vanguard” of the cicada emergence.

“The big tsunami is going to hit sometime in the middle to the last two weeks of May,” Raupp said. Overall, the winged visitors will stick around into early June before they finish mating and then disappear underground for another 17 years.

All told, 15 states along the Eastern half of the U.S., as well as D.C., will see the Brood X cicadas this year.

“They’re going to emerge in vast numbers,” Raupp said. In some areas, there will be as many as 1.5 million cicadas that emerge in each acre.

“This is certainly going to translate into billions if not trillions of cicadas emerging in the Eastern half of the United States,” he said.

The massive numbers are what help to keep the species going.

“Periodical cicadas have one of the strangest strategies for survival of any creature on the planet,” Raupp said. “Their strategy is to emerge in massive, synchronous numbers every 17th year in such great numbers that they will simply fill all the bellies of every predator that wants to eat them, and there will still be enough left over to perpetuate their species.”

Loud, but generally not harmful

The cicadas will definitely make their presence known. The male of the species makes a raucous, droning sound that can cause quite a racket. How loud? Raupp said the buzzing can reach between 80 and 100 decibels — as loud as a lawn mower engine or a jet aircraft going overhead.

While it may not be your idea of music, the buzzing sounds are called choruses — and they’re part of the bugs’ mating ritual.

“These are teenagers; they’ve been underground for 17 years,” Raupp said of the emerging cicadas. “They’re gonna get up in the treetops, and they’re gonna have a party.”

Raupp stressed that the influx of bugs, in general, won’t be harmful to your house, your pets or your plants.

The bugs have what are known as sucking mouth parts, meaning they don’t bite or sting.

The only area of concern is that the sheer number of eggs laid by female insets can weigh down, or wilt, tree branches. For mature, well-established trees, this doesn’t pose a big threat. However, younger, weaker trees may be more at risk, he said.

Raupp said you shouldn’t spray your new trees with pesticides to keep cicadas at bay.

“It’s simply not going to work,” he said. “We’ve done scientific studies to demonstrate that that is not a way to protect the trees.”

The best way to protect young trees is to enclose them in plastic netting with a mesh size of 1 centimeter or smaller, he said. He also recommended waiting until fall to plant or transplant trees.

Another possible outcome of the cicada tsunami? Given the massive numbers, driving could be impacted, Raupp said. The bugs may pile up on roadways and sidewalks, making them slippery.

Other than that, “they’re more of a curiosity,” he said.

If you really can’t stand the bugs, Raupp suggested taking a trip to the Eastern Shore or far southern Maryland, such as St. Mary’s County, which won’t see the cicadas this year.

Otherwise, it may be best to just embrace the buzz.

“This has been a pretty stressful year,” Raupp said, and the emergence of the cicadas is a chance to witness an event that only happens a few times in a lifetime.

“We’re recommending that everybody simply go outdoors in the wonderful weather, enjoy this strange and fascinating event and try to learn … about Mother Nature,” he said.

Remember, come the summer, you won’t hear a peep out of this year’s crop of cicadas again until 2038. 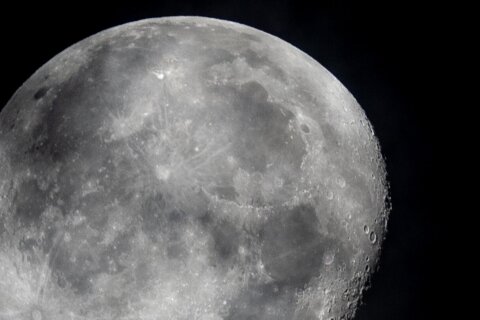 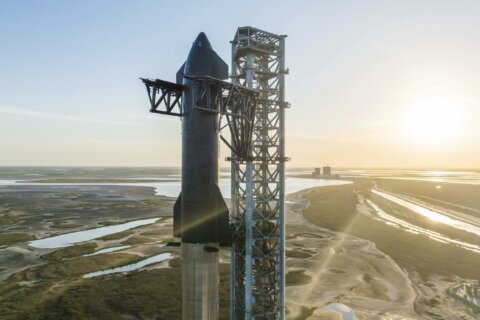 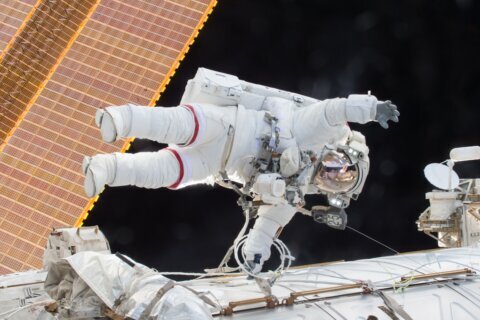