Last month, Jupiter and Saturn treated skywatchers to a spectacular, once-in-a-lifetime “great conjunction,” when they were closer in the night sky than they had been since medieval times. Now, as our solar system’s two largest planets continue to drift apart, they will be joined by a third — Mercury — forming a rare three-planet conjunction.

A triple conjunction is traditionally defined as two planets meeting each other three times in a short timeframe but NASA has also used the term to refer to three planets meeting. A planetary trio is defined by planets within a circle with a diameter less than 5 degrees in width — which can be visualized as three fingers held together at an arm’s length, according to EarthSky.

The last one occurred in October 2015.

Jupiter and Saturn have been slowly drifting apart since their extremely rare meeting in December, but Mercury is just now coming into view, forming the planetary triangle.

“From Friday evening to Monday evening, the planet Mercury will appear to pass first by Saturn and then by Jupiter as it shifts away from the horizon, visible each evening low in the west-southwest and setting before evening twilight ends,” NASA said.

Planetary trios are relatively rare, although nowhere near as special as the recent great conjunction. Mercury, Venus and Jupiter will meet in the sky on Feb. 13.

After that, another triple conjunction won’t occur until April 2026, when Mercury, Mars and Saturn meet, according to EarthSky.

The planetary trio can best be spotted at dusk, from Friday through Monday. All three will be visible low in the western sky, close to the sunset point on the horizon, EarthSky said.

On Sunday, Jan. 10, the three planets will be closest together, fitting inside a circle with a diameter of 2.5 degrees at 19:00 UTC.

Clear conditions will be needed to spot the planets, but they will be visible together for several days. As always, it is important to find an area away from bright city lights for the best viewing conditions.

Binoculars will come in handy for spotting the trio clearly, but they will also be visible to the naked eye. Another way to improve your experience is to view the event from a high vantage point, with a very clear view of the horizon line.

Jupiter will be the brightest of the planets, followed by Mercury, then Saturn — making it the most difficult to spot. It’s important to look for the planets in the 30 minutes after sunset — any later, and they will fall below the horizon line.

Following their conjunction, mercury will continue climbing higher in the sky, while Jupiter and Saturn will sink, soon fading from view altogether. Mercury will reach its greatest elongation on Jan. 24. 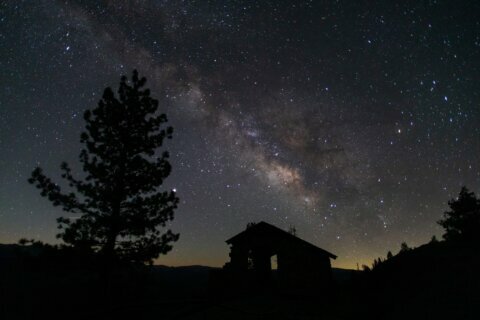 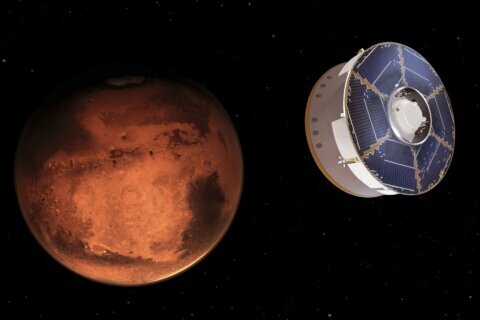