The D.C. area had a bright green visitor from space late Tuesday night: A meteor that streaked south across the horizon before disappearing into the Atlantic Ocean.

The American Meteor Society says it’s received hundreds of reports of a fireball seen over Washington, Virginia and Maryland around 11 p.m.

“The preliminary 3D trajectory computed based on all the reports submitted to the AMS shows that the fireball was traveling from North to South and ended its flight in the Atlantic Ocean in front of Bethany Beach, DE,” the AMS said.

“It means that if anything survived, it’s in the water.”

To be even more specific, this was a bolide, according to George Mason University physics and astronomy professor Greg Redfern.

“The green color was likely due to the composition of the bolide. Nickel produces a characteristic green color in meteors,” Redfern said.

A fireball-caliber meteor is one that appears brighter than Venus.

According to the AMS, several thousand meteors of fireball-caliber happen in the Earth’s atmosphere every day but they often happen during daylight hours and over oceans or regions without people, so they’re not often seen.

In addition to that, the brighter the fireball is, the more rare the event.

And as seen in the videos, this one was pretty impressive.

If you saw the fireball, you can make a report at the AMS website.

Meteor captured by my camera over the Chesapeake Bay/ mouth of the Potomac in the Northern Neck of Virginia. #meteor @capitalweather @WTOP @wusa9 @nbcwashington pic.twitter.com/BPePFwDXe5

The AMS has a handy graphic explaining classifications. 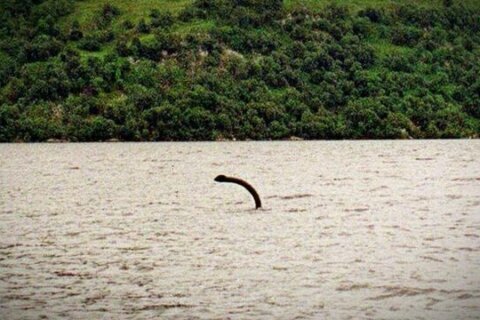