Can shark bacteria help scientists make next generation of antibiotics?

One researcher believes that bacteria found on great white sharks could be a new source of antibiotics in the ongoing war against drug-resistant infections.
Listen now to WTOP News WTOP.com | Alexa | Google Home | WTOP App | 103.5 FM

Editor’s note: This is the fourth article in a four-part series about sharks on WTOP. Catch up and read the first article about scientists’ concerns about Shark Week shows sensationalizing the fear associated with the creatures, the second article about what great white sharks are doing off the coast in the mid-Atlantic or the third article on learning the secrets of a shark’s life cycle.

CAPE MAY, N.J. — Someday, if you get sick and your doctor prescribes antibiotics to make you better, you may be able to thank a shark.

Dr. Kim Ritchie, a microbiologist and molecular biologist, thinks bacteria found on great white sharks could be a new source of antibiotics in the ongoing war against drug-resistant infections.

Ritchie — who is an associate professor in the natural sciences department at the University of South Carolina at Beaufort — was among scientists taking part in this summer’s mid-Atlantic expedition by the shark-tagging-and-tracking group OCEARCH. 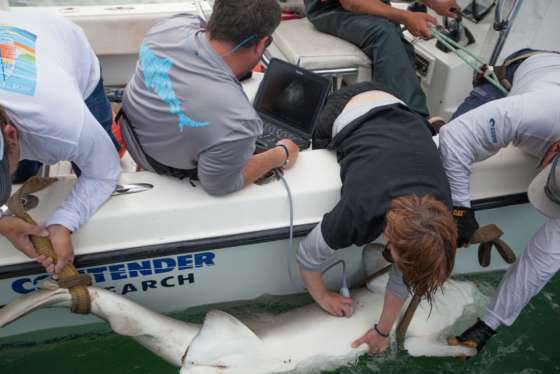 WTOP’s Michelle Basch spent a day aboard the group’s namesake research vessel talking with several scientists about their research projects.

Ritchie’s goal was to get right up next to captured sharks to obtain bacteria samples.

“We have to be able to swab different surfaces of the shark and get inside its mouth,” she said.

During a previous OCEARCH expedition out of South Carolina, Ritchie took samples from four sharks.

“We’ve got some nice hits, some nice antibiotic-producing bacteria,” she said. “We’re going to be working on those samples from the last trip for quite some time.”

Sharks heal quickly and have very effective immune systems, qualities which Ritchie has also found in stingrays. Earlier this month, her study on different stingray species and their beneficial bacteria was published.

“We’ve found probably hundreds [of bacteria] associated with stingrays that we’re pushing toward drug discovery once we find some partners,” Ritchie said.

The possibility that studying sharks could lead to medical breakthroughs is just one reason why Ritchie said we need to protect them and other ocean creatures.

“They are this treasure trove of things that we’re just starting to understand, and if they’re gone, we won’t be able to see what we’re missing.”

OCEARCH is a nonprofit group, and you can help fund their work by donating through their website. 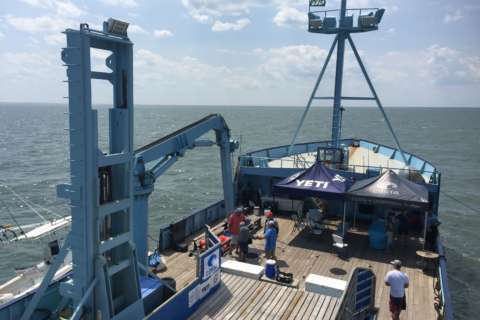 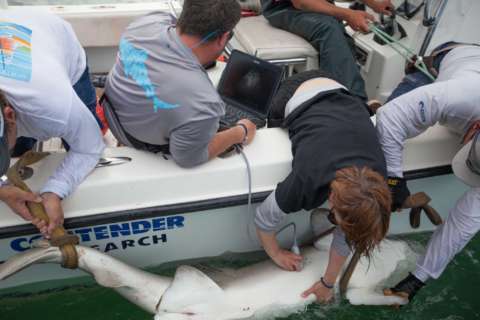 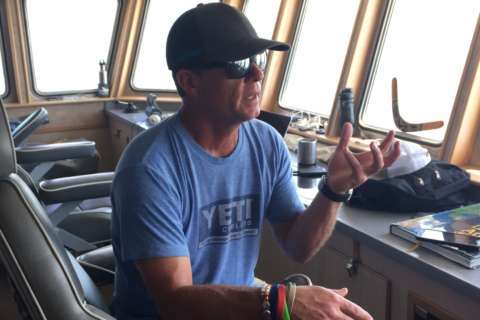