The U.S. has gathered intelligence that shows some Russian officials have become concerned that Russian forces in the ravaged port city of Mariupol are carrying out grievous abuses, a U.S official familiar with the findings said Wednesday.
Listen now to WTOP News WTOP.com | Alexa | Google Home | WTOP App | 103.5 FM

WASHINGTON (AP) — The U.S. has gathered intelligence that shows some Russian officials have become concerned that Russian forces in the ravaged port city of Mariupol are carrying out grievous abuses, a U.S official familiar with the findings said Wednesday.

The abuses include beating and electrocuting city officials and robbing homes, according to the intelligence finding.

The new intelligence has been declassified and was shared by a U.S. official as some of the last Ukrainian fighters in the devastated city emerged from the ruined Azovstal steelworks. The fighters were ordered by their military to abandon the last stronghold of resistance in the now-flattened port city and face an uncertain fate.

Hundreds of the fighters had held out for months under relentless bombardment in the last bastion of resistance in the devastated city.

The city has been reduced to rubble and has seen some of the most intense fighting of the war.

The seaside city captured worldwide attention after a March 9 Russian airstrike on a maternity hospital, and then after another airstrike a week later on a theater that was serving as the city’s largest bomb shelter. At the theater, the word “CHILDREN” was written in Russian on the pavement outside to deter an attack. Nearly 600 people were killed, inside and outside the theater, by some estimates.

It was unclear the extent of the suspected abuse gleaned in the U.S. intelligence finding, but it comes on the heels of widespread human rights abuses in and around Bucha and the suburbs of Kyiv.

Evidence of the massacre in Bucha emerged early last month after Russian forces withdrew from the city.( Photographs and video from Bucha showed body bags piled in trenches, lifeless limbs protruding from hastily dug graves, and corpses scattered in streets where they fell.

Meanwhile, the first captured Russian soldier to be put on trial by Ukraine on war-crimes charges pleaded guilty on Wednesday to killing a civilian and could face life in prison.

Russian Sgt. Vadim Shishimarin, a 21-year-old member of a tank unit, pleaded guilty to shooting an unarmed 62-year-old Ukrainian man in the head through a car window in the opening days of the war. Ukraine’s top prosecutor has said some 40 more war-crimes cases are being readied. 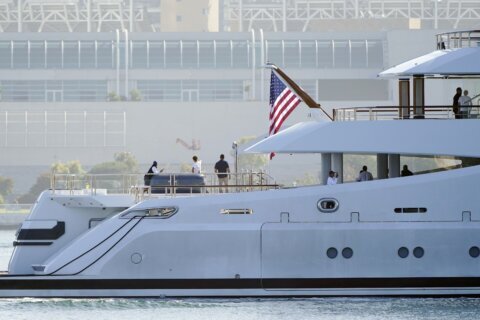