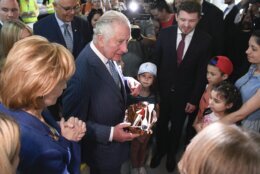 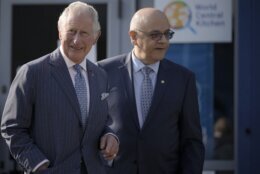 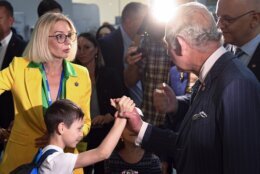 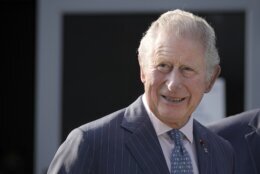 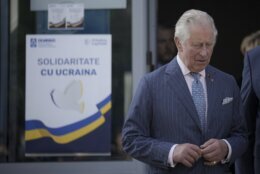 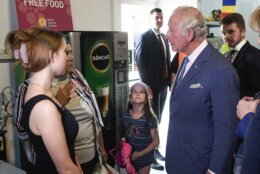 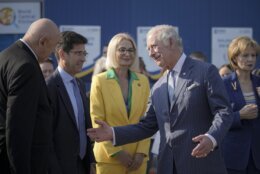 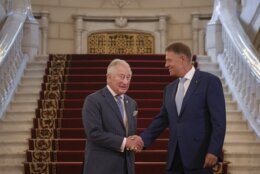 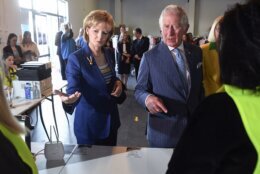 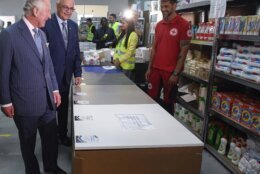 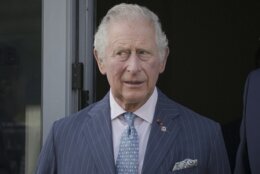 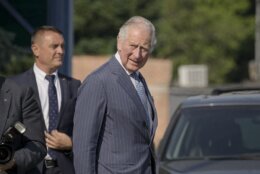 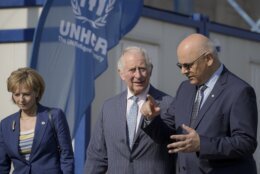 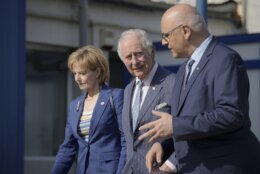 The Prince of Wales visited the Romexpo Donation Centre for Ukrainian refugees in Bucharest. There, he met some of the nearly 1 million Ukrainians who have reached Romania since the war began on Feb. 24, and observed the relief effort being mounted by the government and volunteers.

Speaking to a group of Ukrainians through an interpreter, Charles apologized for his lack of language skills, saying, “I wish my Ukrainian was better.”

“We feel for you greatly, it’s a nightmare situation,” he said. “I’m full of admiration for the Ukrainian people. Total, extraordinary courage and resilience.”

During his visit, Charles received a gift from some of the Ukrainian children at the center: wooden spoons painted in traditional Ukrainian patterns.

“Marvelous, thank you, thank you,” Charles told one of the children. “I love the way you painted that.”

Joining Charles were representatives of the Red Cross, the Salvation Army and the U.N. refugee agency, as well as the mayor of Bucharest and members of other state relief agencies.

Over 1,000 Ukrainians visit the donation center daily to get free supplies like food, hygiene products, clothing and shoes, according to the managers of the facility. Refugees also have access to social services and counsel while they remain in Romania.

The visit was the latest of a number of engagements Charles has had with Ukrainian refugees in recent weeks. According to the British Embassy in Bucharest, he visited a Ukrainian community in Ottawa, Canada last week, where he met with a family displaced by the war.

More than 972,000 Ukrainians have fled into Romania since Russia launched its invasion of Ukraine, according to the U.N. refugee agency.

Follow the AP’s coverage of the Ukraine war at https://apnews.com/hub/russia-ukraine