▶ Watch Video: Marcel the Shell With Shoes On: A tiny hero

There are plenty of BIG movies this summer, from “Top Gun: Maverick” and “Jurassic World: Dominion” to “Doctor Strange in the Multiverse of Madness.” But the highest-rated one of all on Rotten Tomatoes is very, very small, with a main character no bigger than a quarter!

Comedian, actor and author Jenny Slate has voiced plenty of animated characters, but she considers Marcel the Shell her finest creation. “He has this sort of granite dignity, but he’s so tiny. I think that there’s a lot of humor in watching something be the wrong size.”

“Guess what I do for adventure? I hang glide on a Dorito.” 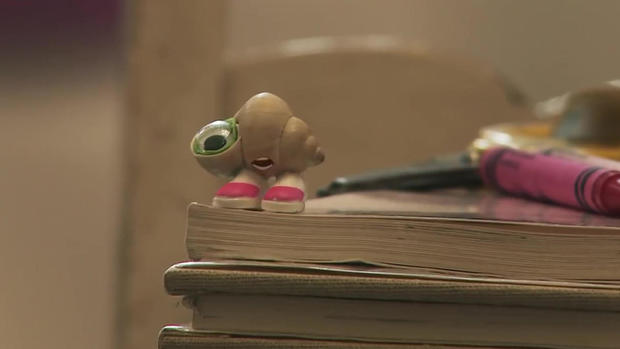 Slate created Marcel’s distinctive voice in 2010 when, to save money attending a wedding, she was sharing one hotel room with five friends. “It was so crowded in there! And I just felt tiny. And all of a sudden, I just started saying [in this tiny voice], This, this is like, I, like, can hardly move. I can’t move around!“

Her boyfriend, filmmaker Dean Fleischer-Camp, loved the new little character voice, and decided to feature it in a short video. “I knew I wanted to make an animated short and sort of something I hadn’t experimented with before,” he told correspondent David Pogue.

Fleischer-Camp went to a toy store and art supply shop and got a bunch of googly eyes and shells. The three-minute short featuring Marcel the Shell was a huge hit on YouTube.

“One time I nibbled on a piece of cheese, and my cholesterol went up to 900.”

In the next few years, the couple made two more Marcel videos, racking up 48 million views and counting. They also published two Marcel books, and got married.

Inevitably, Hollywood came a-calling, with BIG Hollywood ideas. Fleischer-Camp said, “Someone even recommended that we pair him with Ryan Reynolds and they fight crime together, which is not a movie I wouldn’t see!”

Finally, Fleischer-Camp and Slate found backers who’d give them full control. But to fill 90 minutes, they’d have to expand Marcel’s emotional range, fill in his backstory, and introduce new characters, like Marcel’s grandmother, voiced by Isabella Rossellini. 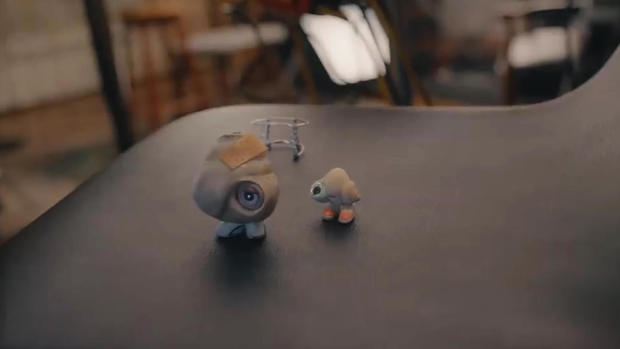 Pogue asked, “Did anyone ever say, you know, ‘Whoa, whoa, whoa, that’s tugging what made the shorts special too much’?”

Fleischer-Camp replied, “I think part of that was in, sort of, always gut-checking ourselves against the original and making sure, does it still have that sort of, you know, electricity that was so great about the shorts?'”

In the movie, Marcel and his grandma watch “60 Minutes” together every Sunday night. “She likes Lesley Stahl,” Marcel remarks. “She busts cases wide open, and she’s got class.”

Fortunately for the filmmakers, the real Lesley Stahl agreed to take the role. “They wanted me to play it 100% straight,” she told Pogue. “So, they hired a ’60 Minutes’ crew, a ’60 Minutes’ producer came along to produce the segment.” The movie even uses the news crew’s footage. “I think it does look like a ’60 Minutes’ story when you see it.

“This movie has elevated me in the eyes of my grandchildren,” Stahl laughed. “I mean, they’ve seen me on ’60 Minutes,’ and I’m nothing. But with Marcel? This is huge in my family!” 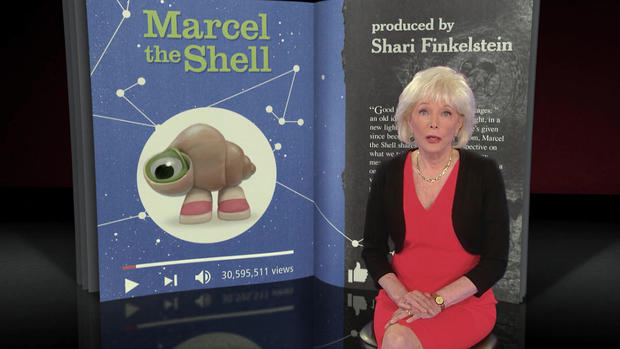 Pogue asked, “Does it make you inclined to look fondly upon the next movie proposal that comes your way?”

Dean Fleischer-Camp is in the movie, too, as the mostly-offscreen voice of the filmmaker. “I am playing a version of myself that doesn’t exist anymore,” he said, “and I’m glad I’m not that person anymore.”

The movie wound up taking seven years to make, because the filmmakers had to make it four times. 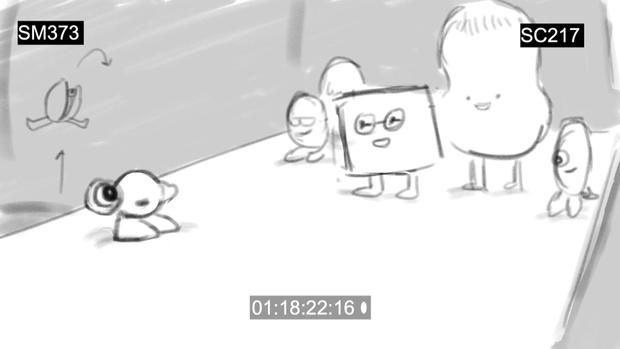 For the third pass, they filmed the empty backgrounds for the entire movie, without Marcel. 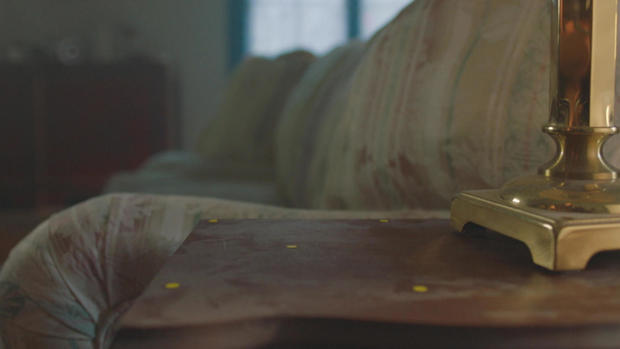 Finally, the team animated the tiny Marcel puppet, one frame at a time, and added him into the backgrounds. 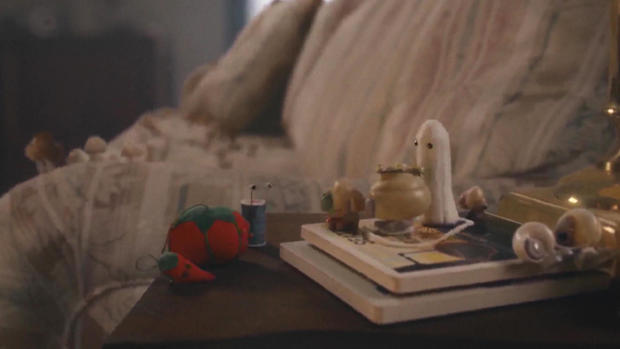 In the end, the marriage of Marcel’s creators didn’t survive. But their collaboration opens in theaters on Friday: a movie about a bald, armless, one-eyed shell on a quest to find his family.

Pogue said, “That the movie works at all is crazy.”

“Yeah, I mean, of course it’s a huge risk to take,” said Slate. And yet, “It makes people feel, like, I’m-a-little-guy like feelings, you know, wanting to be loved for your own dear smallness in this gigantic, weird, cosmic scheme that we’re in.”

Fleischer-Camp said, “I love it when people comment on it and they say, ‘I can’t believe I was bawling my eyes out at this little shell with googly eyes.'”

To watch a trailer for “Marcel the Shell With Shoes On” click on the video player below: