LOS ANGELES (AP) — Sharp rent increases in many parts of the country are eating up a bigger share of Americans’ monthly income, squeezing tenants already grappling with rising prices for gasoline, food and other necessities.

Households with a median U.S. rent of $1,179 in August tapped 30.3% of their monthly income to pay their rent, up from 29.4% a year earlier, according to an analysis by Zillow. The real estate information company examined data on median rents and household incomes across 50 of the nation’s biggest cities.

Economists generally define housing as affordable when rent is less than 30% of tenants’ monthly income. Renters who go above that threshold likely have a tough time making ends meet on other costs, like groceries, clothing, transportation and utilities, to say nothing of saving for a down payment on a home.

“Earlier on in the pandemic we saw rent burdens actually decreasing in a lot of markets as rents were stagnating or even dropping as a result of the pandemic, but now that rents have recovered, we’re starting to see the affordability become a challenge again,” said Nicole Bachaud, economist at Zillow.

Apartment rents fell during the last three quarters of 2020 after the coronavirus recession kicked in. The national vacancy rate ticked up through the second half of 2020, reaching 5.3% in the second quarter of this year, according to data from Moody’s Analytics REIS.

In the third quarter, the U.S. vacancy rate declined to 4.8%, while rents increased 7.4% from a year earlier to $1,585, according to Moody’s, which is forecasting rents could increase nationally by nearly 10% by the end of this year.

“Concessions have burned off, pricing power has returned to landlords, and there is increasing evidence that populations that may have left larger cities for safer refuge during the height of COVID are returning,” Victor Canalog, chief economist at Moody’s Analytics REIS, wrote in a recent report. “All of these factors contribute to the sense that there is runway to this recovery.”

Rents are climbing again as economic growth and hiring have picked up following the loosening of pandemic-related restrictions and a ramp-up in coronavirus vaccine distributions.

In August, the median U.S. rent jumped 6.1% from a year earlier, according to Zillow, which tracks a wide swath of rental properties, including those owned by individual investors.

In some metropolitan areas in Florida and California the annual increase in median rent for August grew even faster.

In the Miami-Fort Lauderdale metropolitan area, the median rent vaulted 8.6% in August to $1,639. That meant households were spending 40.3% of their monthly income on rent, Zillow found. A year earlier, it was 38.3%.

And in Sacramento, California, where the median rent surged 8% in August to $1,571, renters spent 34% of their monthly income on rent, up from 32.3% a year earlier, according to Zillow.

The Zillow analysis looked at median rents, or the midpoint between the highest and lowest rents. This means many U.S. renters are spending more on rent, and perhaps a bigger share of their income as a result, while others are spending less.

Zillow also found large disparities among white, Asian, Black and Latino renters when it comes to the percentage of income they had to put toward rent in August. The nation’s white and Asian renters typically spent 28.6% and 26.0% of their monthly income on rent, respectively, while Black and Latino communities typically spent 34.0% and 32.1%, respectively, Zillow said.

“We see that Black renters and Hispanic renters have a significantly harder time affording rent, even in affordable areas they’re still having the highest rent burden,” Bachaud said. “And that’s really putting a lot of pressure on those households to try to be able to afford rent as prices increase much faster than their incomes.”

The trend is more glaring in some metropolitan areas. Zillow found that Black tenants in San Diego spent 52% of their monthly income to cover the median rent of $1,934 in August. For tenants overall, regardless of ethnicity or race, making that rent payment required 37% of renters’ monthly income, Zillow found.

Orlando, Florida, was the least affordable market for Latino households, costing them 42% of their income to cover the median rent of $1,452 in August, Zillow found. That compares to 34.8% for all tenants.

“Regardless of where they live, even in more affordable places, they have the highest rent burden,” Bachaud said. 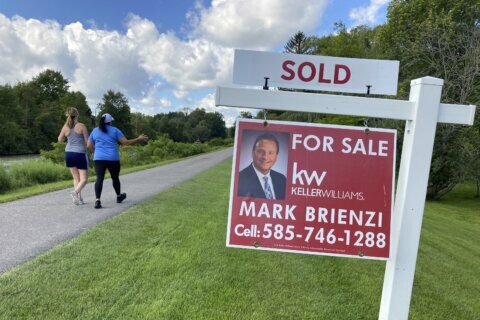