Lumber costs have more than doubled over the last year. With a lot of wood-based products needed to bring a home to life, it’s led to builders losing big chunks of profit and homeowners finding their building budget spike.
Listen now to WTOP News WTOP.com | Alexa | Google Home | WTOP App | 103.5 FM
The cost of building a house has risen from pre-pandemic levels, and the reason — the skyrocketing cost of supplies — has taken builders by surprise.

“We’ve seen small adjustments here and there, but nothing to this extreme,” said Tim Winter, owner of Paradigm Building Group in Fairfax, Virginia.

How much more does it cost to build that dream home?

“Over the entire cost of the house, you’ve seen a 25 to 30% increase,” said Howard Saslow, vice president of operations for Classic Homes of Maryland, based in Rockville.

Lumber costs have more than doubled over the last year. With a lot of wood-based products needed to bring a home to life, it’s led to builders losing big chunks of profit and homeowners finding their building budgets spike.

According to Winter, the biggest struggle for his company is dealing with the uncertainty, with prices fluctuating very rapidly. He said his company reaches out to vendors weekly on prices, so they can better plan for what is coming.

Lumber futures are dropping, but Saslow said the impact of that hasn’t been seen at lumber yards. Saslow believes while prices may dip some, they’ll continue to eclipse what was seen during the pandemic.

“If anybody expects it to come back to pre-pandemic levels, they’re gonna be sorry. It’s not going to happen,” Saslow said.

According to Saslow, his company is paying $50 to $60 for Oriented Strand Board or OSB, a type of engineered wood similar to particle board.  Before the pandemic it cost around $10. Similarly, the cost of studs used for framing a home has more than doubled in cost.

Both Saslow and Winter said it’s not only lumber that is going up in price. Windows, drywall, insulation, paint, steel and even labor costs are on the rise. Saslow said the cost of a steel garage door they use has seen four price hikes this year. The cost of plastics has also risen.

Home builders are also faced with delays in getting shipments of many supplies to work sites. Winter said cabinets have long lead times.

“We used to be able to get those in anywhere from seven to eight weeks. Now, depending on the material, some of it could be 14 to 16 weeks,” Winter said.

Saslow said there have been a couple instances in which his clients moved into their homes without all the appliances in place, because deliveries are so far behind. That has left home builders choosing to purchase what is needed for a project much earlier in the process.

“We now have to focus on the logistics, much more closely than we have had to in the past,” Saslow said.

Both Winter and Saslow said with many contracts written before prices rose, they are doing what they can to lessen the blow on clients, which has had a negative impact on their profits.

Saslow said at the start of the pandemic there were fears that some home builders wouldn’t survive. Then came a boost in demand in the fall that raised spirits. Unfortunately, that was followed up, he said, by the continued rising of material costs.

“Now we’re saying we’re doing all this work, and there is not going to be much profit to show for it,” Saslow said.

Both men said the higher costs for materials are not deterring people from going ahead with their plans to build.

“A lot of people still want to build a house or do a major addition or renovation project, it has not slowed down even knowing the cost,” Winter said.

As both home builders adjust to the new normal in their industry, both said they are happy to have as much work as they have. Both are reporting more contracts now than they had before the pandemic.

Winter said business is up at least 40%, and Saslow said his company is on track to have a record year in homes built, next year.

“We’re just thankful we have jobs and the business we do,” Saslow said. 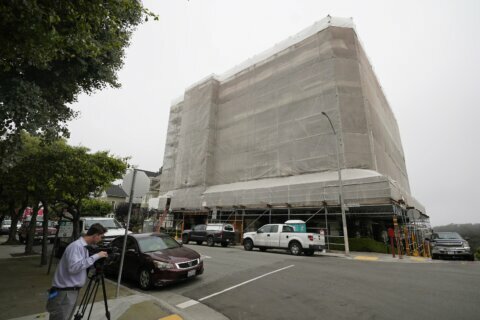 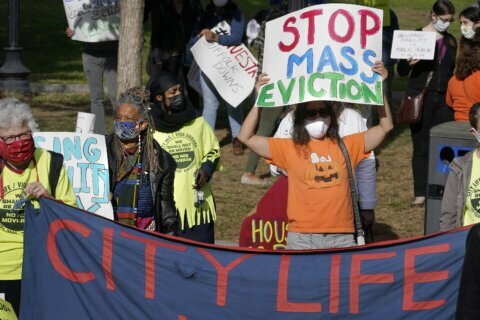