Things renters should do before signing a lease

Once you've found your ideal rental, the next step is signing a lease. Here are a few renters' tips before signing the dotted line and considerations and questions to ask before renting an apartment or a house.

Once you’ve found your ideal apartment or house, the next step is signing a lease. But before you commit to the terms in the contract and go through the lease-signing process, you’ll want to understand your rights as a tenant. After all, a lease protects both tenants and landlords, and the landlord-tenant model has worked well over time. In fact, 43.1 million Americans lived in rented properties in 2017, according to the Joint Center for Housing Studies of Harvard University.

But problems can crop up, regardless of whether you’re a novice or an experienced tenant. Here are a few steps to take before signing the dotted line and considerations and questions to ask before renting an apartment or a house.

[See: The Best Places to Live in the U.S. for Young Professionals.]

Before signing a lease for an apartment, take these factors into account.

— Agree on the details — and get them in writing. Regardless of whether you’re leasing an apartment or house, you’ll want to read the fine print carefully. If there’s a part of the contract you’d like changed, make sure you get it in writing rather than relying on a verbal promise somebody gives you that may be forgotten later. Sometimes the lease isn’t detailed enough, which could spell trouble if expectations aren’t discussed and spelled out beforehand.

— Understand all associated fees. You want to know if there’s any wiggle room if you’re late with a rent payment. Typically, there is a grace period of a few days, says Daniel Tenenbaum, a founding principal with Pacific Crest Realty in Los Angeles. He is also the chair of the California Apartment Association of Los Angeles. “While most leases have rent due on the first and are late on the second, there is typically a grace period until after the third or fifth of the month, after which a late fee is assessed,” he says.

— Discuss any changes you plan to make to the apartment unit. “Most leases prohibit changes to the interior of the unit. However, this is something that can often be negotiated,” Tenenbaum says. “Whether it is painting an accent wall or changing the carpet to wood laminate, a landlord may be willing to do so if it adds value to the unit or if a higher security deposit is negotiated to cover the cost to bringing the unit back to its original condition for the next resident.”

— Conduct plenty of research. Before you sign the lease, look at enough other apartments so you feel confident that you’re making a sound decision. For instance, in some cities where demand is high, apartment buildings will use dynamic pricing, where the rent is actually higher if you look for a home during the weekend versus the middle of the week when fewer people are searching for an apartment. Before you commit, it’s best to take time to carefully think about the place.

— Ask if your landlord or property manager lives nearby. You’ll also want to know whether your landlord or manager lives near you, in case there’s a problem you need solved by him or her. You also should do some digging into your landlord online. In other words, just as your landlord will want to know about your background and may ask to do a background check, you should conduct your own research. You might also want to see if there’s a review on the site, ReviewMyLandlord.com. You may also want to review how much access your landlord has to the apartment or house you’re renting. Generally, a landlord can come into the property but has to give notice first, often 24 hours, says Falen Cox, an attorney with Cox, Rodman, & Middleton, LLC, in Savannah, Georgia, a general practice that specializes in many topics, including contract law. “If the lease allows the landlord to enter but does not include a notice requirement, the tenant should insist on including one,” she says.

— Avoid deductions from your security deposit. Be sure to think about moving out, before you move in. If you’re going to sign the lease, you probably are going to pay a security deposit, which is often a full month’s rent. So before you sign the lease, take a tour of the property with the landlord and take photos, Cox suggests. “Tenants should be sure to note things like stained carpet, windows that don’t open or close, doors that don’t open or close, whether the appliances are working correctly, whether the air filters and vents are clean, whether the oven is dirty and so on.” Otherwise, when you move out, your landlord may blame you for that stain on the carpet, which means you will forgo your security deposit, she says.

[Read: Should You Use a Real Estate Agent to Find Your Next Rental?]

If you’re preparing to sign a lease for a house, here’s what you need to factor into the signing process.

— Take stock of any necessary repairs. “An important item to look for in your rental lease is who pays for what types of repairs,” says Robert Taylor, a real estate rehabber who has owned and managed rentals in the Sacramento, California, area for 15 years. “If your toilet backs up because of personal items or too much toilet paper, your lease may require you to pay for the plumber.” While that may sound reasonable, “on the other hand, if it’s caused by tree roots or other mechanical failures, then it should be the responsibility of the landlord,” Taylor says.

— Read the fine print pertaining to pets. If you’re renting a house, your first priority may not be checking if there is a clause in your lease about pets — but it should be. Dogs and cats can do plenty of damage to a house, just as with an apartment. “A tenant may be evicted for not following provisions as it relates to pets,” Cox says.

— Check if there is room for negotiation. Cox says that you may be able to negotiate with a landlord. “For instance, the tenant could volunteer to pay a non-refundable pet deposit, agree to have the carpets professionally cleaned at set intervals or upon move out, or even agree to replace carpeting upon move out,” she says. She adds that “tenants should keep in mind that pets, in addition to dogs and cats, also include other animals such as rabbits, reptiles and birds.”

— Understand your responsibility for maintaining appliances. “State law may not require a landlord to provide appliances, however, local ordinances may. As a result, tenants should make sure that the lease is clear as to who is responsible for maintaining and repairing major appliances,” Cox says, referring to appliances like stoves, air-conditioning, washing machines and dryers and the refrigerator. “The general rule,” she says, “is that if the landlord supplies the appliance, he or she must repair it.”

Does Your State Have Fair Eviction Laws?

Things Renters Should Do Before Signing a Lease originally appeared on usnews.com 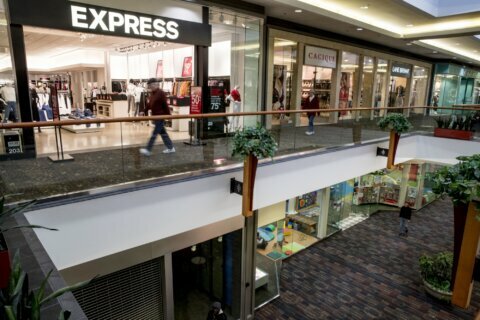 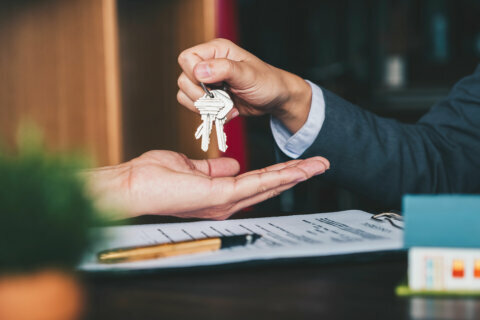